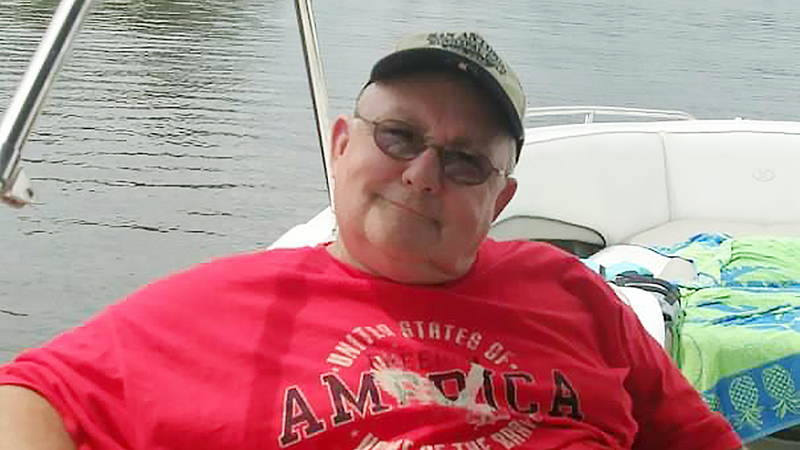 Chris and Ruth Stewts had been married for 31 years, yet their history goes back 50 years as seniors at Port Neches-Groves High School.

“It was senior day, and somebody else in one of my classes asked if I wanted to go to Crystal Beach with him,” the former Ruth Covington said. “That’s the big thing we did back then. I said, ‘Yes, I do.’ I had to go on the payphone and call my parents to get permission. Well, the other person he knew was Chris, and he was driving his car, so that was our ride. So, we went to the beach, and as we were leaving … he had to be back, and I had to be back, so that’s why we left together. We started back, and he had car trouble.”

A vehicle with six guys in it passed by. They were classmates, and Chris managed to get a ride back for him and Ruth.

“I ended up sitting in the back across those guys’ legs because they had two guys to work in there,” Ruth said. “The next day, Chris came to my house, and he actually wanted to make sure that I got home safe. He knew he was going to the service. He knew he couldn’t get involved with anybody.”

Chris Dwayne Stewts was born in Texas City on Sept. 27, 1951. He spent time with his grandparents in Silsbee and moved to Port Neches, where he graduated from Port Neches-Groves High School in 1970.

Chris went into the Air Force right out of high school, served during Vietnam and rose to sergeant before leaving in 1976.

“I had an aunt, and she wrote into the military,” Ruth said. “She met Chris when he came over. She said, ‘Get his address for me.’ She wrote all the time to him, and he got all those letters, and they’re funny, funny.”

While serving, Chris took classes in European studies at the University of Heidelberg in Germany. Following his discharge, Chris worked at many industries and entities including NASA, Bayer, Lanxess, Central Instruments and Litton Industries.

He was director of instrumentation at Lamar State College Orange for more than 20 years at the time of his death. He also was an active member of Vietnam Veterans of America, chapter 292, and he liked to collect postcards of Port Arthur from the early 20th century.

“He was very curious and he liked to learn, and there was many areas he really enjoyed,” Ruth said.

Chris and Ruth were married Dec. 16, 1988, just months after reconnecting during a get-together at Lions Park in Groves. They raised four children together; Chris’s son from a previous marriage, Chris Jr., now of Bakersfield, Calif.; and Ruth’s three kids, James Young of Austin, Loretta Dukes of Groves and Lynette Young of Spring.

The family took a vacation to where Chris was stationed in Colorado, an area where an Air Force museum is now established. One night while stationed there, Chris fell into a frozen pond.

Ruth recalled Chris saying: “I do not know how to this day I got out of that. I was soaking wet, and I walked all the way back to my dorm. How I did not die, I don’t know.”

The family also visited where Chris was stationed in Montana. Chris took pictures inside a high-security stockade, and Ruth noticed military police approaching.

“He started talking to them. They came up and asked him questions, and he answered them,” Ruth said. “Come to find out, one of these guys’ dads had been there during Vietnam, too. So, they have a lot of history.” 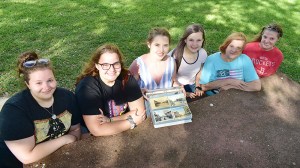 Kensey is a sophomore golfer at Southern Arkansas University and former District 22-5A champion at Port Neches-Groves High School.

“The whole reason he got me into golf, my dad is from Gainesville, Florida, and I’m a big Florida Gators fan,” Kensey said. “I wanted to be a Gator. When I was 11, I said to Paw-Paw, I’m going to the University of Florida. He looked at me like, ‘Do you know how much out-of-state tuition is?’ [I said,] ‘That doesn’t exist, Paw-Paw.’ We got into a whole argument and he showed me.

“He said, ‘The only way you’re going to get in there is, you better pick up a golf club and you better start now.’”

Kensey didn’t make it to the Southeastern Conference, but she said Chris loved visiting her in southwest Arkansas and was a big fan of PNG football.

Chris’ death left stepdaughter Lynette at a loss for words, but not completely.

“The one thing I can say is, he may have been a stepdad, but he was the only dad I knew and ever loved,” she said.

When Lynette got married in 2005, Chris considered it a privilege to walk her down the aisle.

“He was so excited,” Ruth said. “After he walked her down the aisle, she evidently said, ‘I couldn’t have done this without you.’ He was her support. She was nervous, and he was there, that strong person that Chris was.”

Kaley, a registered nurse who works in Beaumont, said Chris was always like that.

“I almost fell at my pinning ceremony, and he caught me right there,” she said. “My dad walked with me and I almost fell.”

Ruth, Kaley and Kandyce, battled coronavirus in March. Kandyce, a senior at Wimberley High School, was to stay with her grandparents for a week, but got sick six days into her stay and quarantined elsewhere so Chris wouldn’t contract the virus.

“He found out he was positive and he went to the hospital, which was on the 6th,” she said.

Kaley checked Chris’ lungs each day before he checked into the hospital. It wasn’t until Chris felt sick that Kaley realized she, her grandmother and Kandyce contracted COVID-19, as well.

“We got to the next morning, he called and said, ‘I need you to listen to my lungs.’ They had just told him he had it. We didn’t want him to go the hospital before if we didn’t know he had it.”

Chris was admitted to Baptist Hospital on April 6 and put on a ventilator. He was later transferred to Mid-Jefferson Extended Care Hospital in Beaumont but was sent back to Baptist at about 11 p.m. May 2. Ruth was told Chris had a hole in his breathing tube.

“It’s about 2 a.m. [on May 3], and I’m thinking they’re calling me to tell me he’s back on the ventilator, and it was the chaplain,” Ruth said. “I said, ‘Chris is dead, isn’t he?’ He didn’t know how to respond. He got totally silenced for a few minutes. He started talking to me, and I said, ‘He is dead?’

Changing the tube was no problem, the chaplain told Ruth, but doctors found out Chris had a collapsed lung and that he also developed methicillin-resistant Staphylococcus aureus, or MRSA, a bacterial infection.

Kaley said Chris didn’t have either problem when going into the hospital.

“I had prayed that night that God would heal his body enough to bring him home,” Ruth said, her voice fading in tears. “And He did. He took him to his heavenly home. He’s not suffering anymore. He doesn’t have any pain. We all have to adjust to that.

“That isn’t exactly what I wanted. I meant, ‘Bring him home to me,’” she added, eliciting a short laugh. “He felt like — and this was like when it was in Europe — ‘If I get this, I won’t be able to survive it.’”

In a statement, Lamar State College Orange did not mention Stewts but confirmed Monday “a beloved faculty member” died of complications from coronavirus. Two employees who were in contact with the affected family member “self-monitored for 14 days from the date of exposure as a precaution, and did not develop attributable symptoms,” the statement reads.

“The areas where the faculty member worked have been thoroughly cleaned and sanitized,” it continues. “The faculty member had been hospitalized and was not an Orange County resident. Needless to say, the LSCO family is devastated at the loss of this caring faculty member that was so committed to educating others.”

Ruth has a message for the public about the seriousness of a virus so novel, yet so dangerous:

“I’ll tell you what Chris said before he had it, and he saw how we did: He said it’s a lot more contagious than what you think and what’s being said. I think we all believe that.”