Museum of the Gulf Coast finishing final prep for reopening 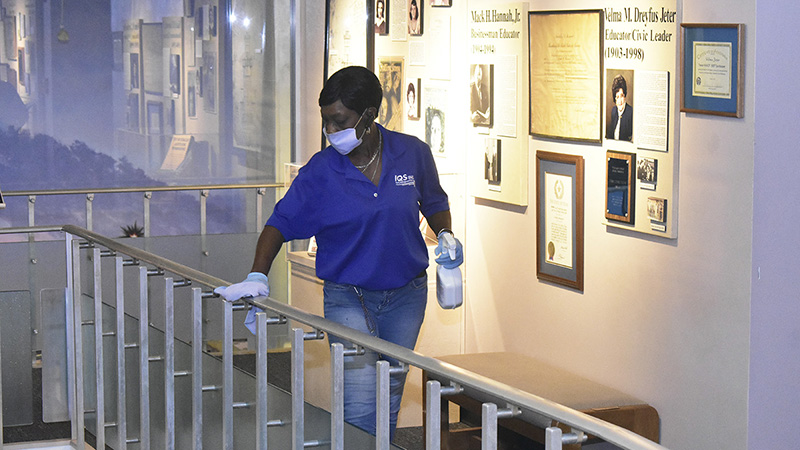 Yolanda Pitre cleans off a hand rail on the second floor of the Museum of the Gulf Coast in May. (I.C. Murrell/The News) 5-1-20

Employees of the Museum of the Gulf Coast spent Friday making final preparations to reopen Monday under Gov. Greg Abbott’s newest executive order allowing museums back in business, but only at 25 percent of the maximum capacity.

The museum will be open from 9 a.m.-5 p.m. Monday through Saturday. 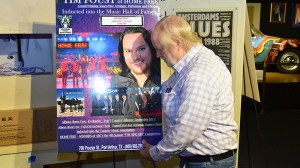 Museum Director Tom Neal moves a poster of recent Music Hall of Fame inductee Tim Foust to show where one of two 55-inch kiosks will be placed as the museum prepares to reopen. 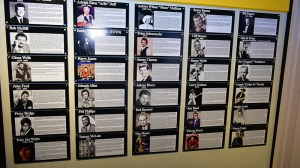 A composite of inductees into the Music Hall of Fame wing has been installed. 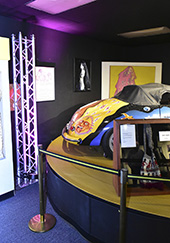 A stage truss has been installed next to Janis Joplin’s exhibit in the Music Hall of Fame.