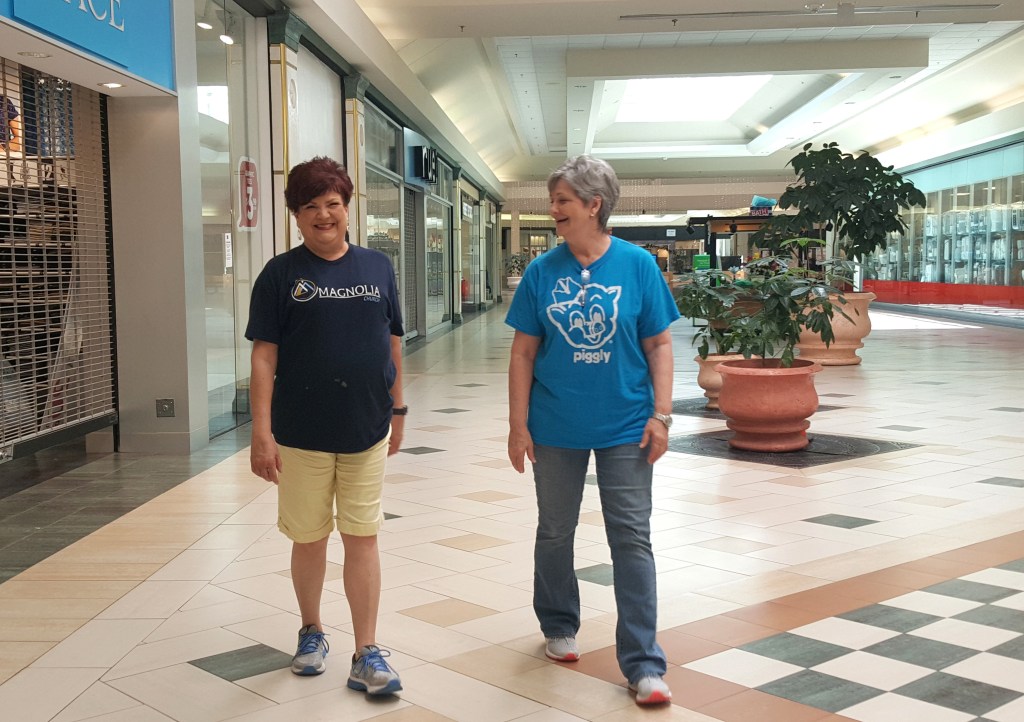 Kay Pratt, left, and Linda Treme do some walking at Central Mall on the mall’s first day back open on Friday. (Mary Meaux/The News)

Central Mall opened its doors without much fanfare at 10 a.m. Friday as a sprinkling of stores inside followed suit about an hour later on Friday.

Some of the larger retailers such as TJ Maxx and Bed Bath & Beyond remained closed while others such as Men’s Collection were open.

Pamela Hawthorne had hoped a nail salon would be open for business because she wanted to do something special for her daughter, Elysia Hawthorne, who is a senior at Beaumont United High School.

The mother is an essential worker and employed with the Texas Department of Criminal Justice. She works all of the time while her daughter spends a lot of her time doing homework, she said.

But nail salons are not on the list of businesses that can open at this time, so the mom and daughter opted to walk around together and see what’s going on.

Nora Garcia, an employee with Productos Artesanales Rico Mexican Boutique was busy setting some displays and racks out at the storefront. The shop is fairly new to the mall, having opened Feb. 13. 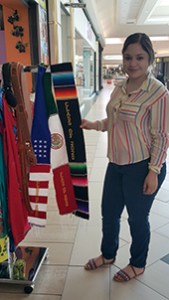 Individuals and pairs of people trickled into the mall, some looking to see what was open and others were there for exercise such as Kay Platt and Linda Treme.

Both women believe it is time to open the state.

“We need our economy back,” she said. If that means wearing face masks, wear a face mask.”

Treme said she is ready to get back to a new normal and that it needs to happen.

They disagree with some mainstream media showing the high amount of positive coronavirus cases, adding the number of cases and deaths don’t add up correctly.

“God gave us all a little common sense and some have lost theirs,” Treme said.