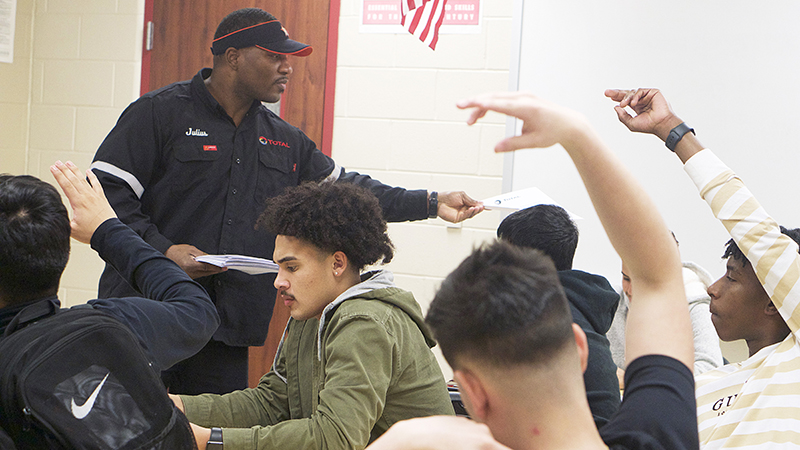 “Our intent is to provide meaningful feedback about students’ performance and participation while recognizing resiliency,” he said. “The model selected is fair to students, given that it will be applied consistently with special considerations, as necessary.”

A student’s final report card grades will be broken down into two periods — the first four six weeks and the final two.

The fifth and sixth grading periods will not be included in the calculation of a student’s grade point average.

Valedictorian and Salutatorian will be based on final grades presented at the end of the fourth six weeks.

“Our temporary grading policy is not perfect,” Porterie said. “It’s a fair means of examining each student’s performance and progress toward goals this school year and we want parents to know that PAISD is willing to do whatever it can to ensure that each child is successful.

“We are grateful for the support of our families. Parents and students play a major role in this remote learning process.”

Students are asked to continue completing their work to the best of their ability.

“Students must understand that nothing has changed in the form of their responsibility and accountability for their learning,” Porterie stated. “Students are responsible for their assignments just like they would be in ‘on-site’ classes.

“We have stated over and over again that PAISD is ‘closed with instruction,’ meaning the facility is closed, but teaching and learning continue.”

District officials will address additional questions and concerns as appropriate.

“Port Arthur ISD believes that mastery learning and rich educational experiences occur every single day, everywhere, and in a variety of contexts,” Porterie said. “It exists within the four walls of a classroom, in a virtual learning environment, and even at the dinner table.”