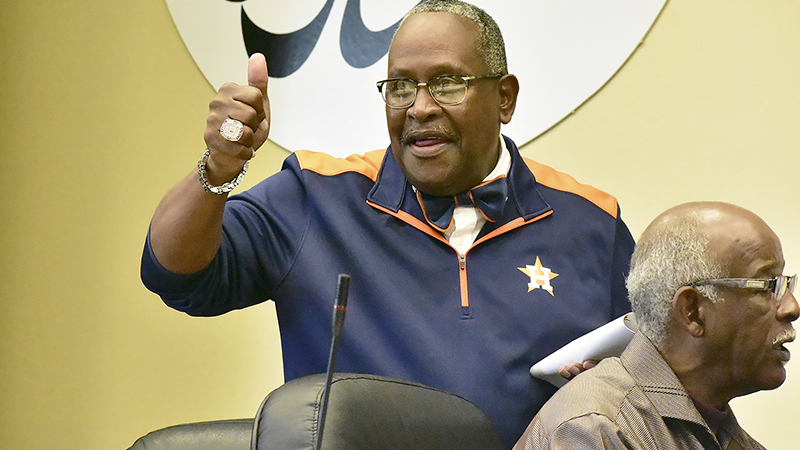 The city council voted 6-1 against a proposed resolution to form an advisory committee on reopening the city’s economy.

Mayor Thurman Bartie, who cast the lone approving vote, included the proposal on the agenda in hopes of further discussing the possibility for a committee, but other councilmembers indicated they were against the proposal in a prior meeting.

“We did discuss it and we had a consensus on it,” District 4 Councilman Harold Doucet said. “Every councilmember was not in favor of it. Each councilmember, with the exception of Councilwoman [Kaprina] Frank, who was not present, … stressed it was not needed and the council would be involved with this city coming back.”

The “Stay at Home, Work Safe” emergency orders for Texas, Jefferson County and Port Arthur calling for protocols to stem the spread of coronavirus expire Thursday.

District 1 Councilman Raymond Scott and Doucet disagreed with Bartie bringing the proposal back to a council that was not in favor.

“In this form of government, when we discuss issues like this and we have the consensus of the majority … about this committee you’re talking about and you bringing it back, it just shows you’re pushing something you want to do and not pertaining to how this full council feels,” Scott said.

At-large Councilwoman Charlotte Moses said the consensus of councilmembers was that a committee would have had to come back to the council for a final decision.

In other city business …