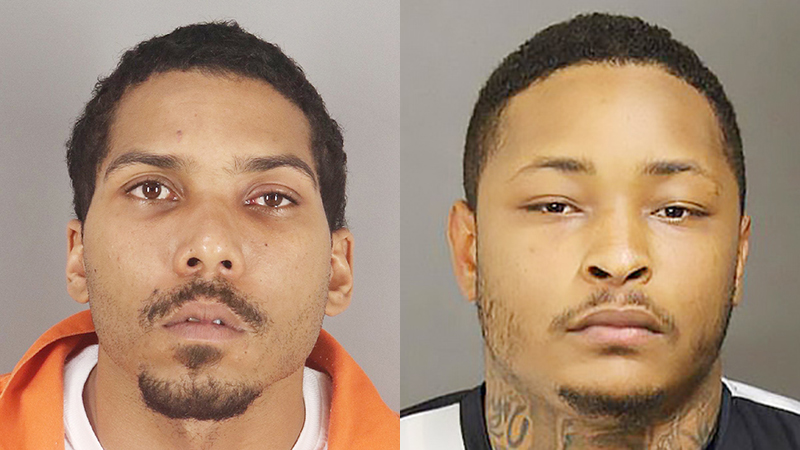 An arrest warrant for two men that police believe are responsible for the 2019 shooting death of Joel Lopez Martinez sheds some light on the killing.

The document, obtained this week, shows two males, later identified as Jaylen Lott, 27, and Rakeem Roache, 25, approached Martinez and another man at approximately 1:15 a.m. July 19 at a home in the 3200 block of 18th Street and demanded money.

A struggle ensued between the two suspects and Martinez that resulted in Lott and Roache both firing shots at the victim, police believe.

Martinez, 42, was brought to a local hospital, where he died, according to earlier information released from Port Arthur Police Department.

The other man was injured during the altercation and suffered non-life threatening injuries.

Police were able to locate multiple items of evidence at the scene, none of which was released to media or the public, the affidavit stated.

Nearby surveillance video that included sound was obtained. The cadence of the shots, the affidavit stated, was indicative of the fatal shooting.

The case remained active after the shooting, but few developments were publicly

made aware for the rest of the 2019 other than the sighting of a possible suspect vehicle. It is unknown if the car was ever connected to the two men or the crime.

Then, on April 3, Lott was arrested in the city limits of Port Arthur for murder and taken into custody without incident.

He was taken to the Jefferson County Correctional Facility. Bond was set at $250,000. On April 16, he bonded out of jail, according to a jailer at the facility.

PAPD investigators with the Narcotics and Gun Unit tracked Roache to the city of Baytown and, with the assistance of Baytown Police Department, took him into custody without incident.

He remained at the Harris County Correctional Facility until he was extradited to Jefferson County and booked in on April 15.