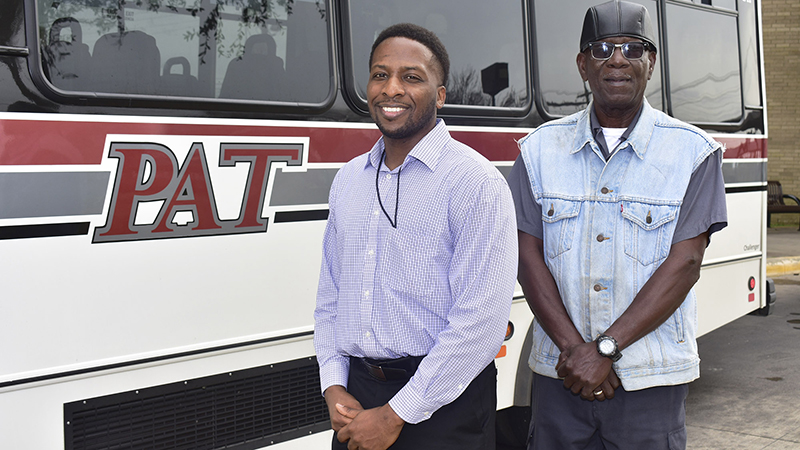 The city of Port Arthur has received $6,223,057 from the Federal Transit Administration as part of the Coronavirus Aid, Relief and Economic Security, or CARES, Act.

In an grant announcement from the Transit Administration on Thursday, the city will use the funds to support planning, operating and capital costs, including preventative maintenance, rolling stock purchases, equipment and measures to protect employees and riders from coronavirus.

Port Arthur Transit Director Ivan Mitchell said the money was awarded in March, when the CARES Act was signed into law.

“We’re good to go in terms of [the fact that] the funds are ours,” Mitchell said. “It will impact in a positive manner. Right now a lot of our operational expenses are 50/50 match. Using this fund, it’ll be [charged] 100 percent toward the federal government. Therefore the money the city had budgeted to pay for our bills, those funds can go somewhere else. I will not make requests for those funds from the city.”

The normal operating budget for Port Arthur Transit is approximately $2.3 to $2.5 million. Mitchell said he’ll use a portion of the $6.2 million for a few capital projects, but has not decided which ones.

The federal funding also helps a city that is in danger of losing other federal funds if Port Arthur’s population drops below 50,000, which would mean the city loses its “small urban” status and Port Arthur Transit becomes a “rural transit agency.”

“I’m trying to encourage people to do the census,” Mitchell said. “It impacts money for cities, schools and transit.”

City Manager Ron Burton said it’s too early to tell if Port Arthur’s population will drop below the threshold.

“We need to run the figures,” he said. “We haven’t gotten any figures in for April.”

The federal government set aside $25 billion in grant funding for public transportation systems.

“We know that many of our nation’s public transportation systems are facing extraordinary challenges and these funds will go a long way to assisting our transit industry partners in battling COVID-19,” Transit Administration acting administrator K. Jane Williams said in a release. “These federal funds will support operating assistance to transit agencies of all sizes providing essential travel and supporting transit workers across the country who are unable to work because of the public health emergency.”

The Federal Transit Administration is an agency of the U.S. Department of Transportation.