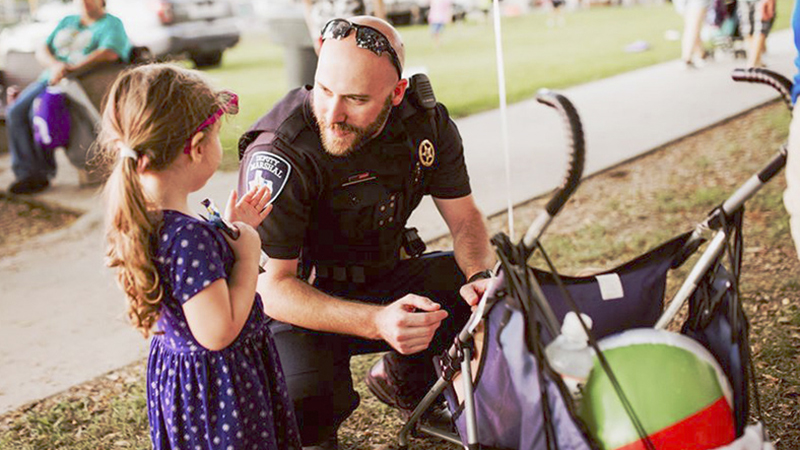 GROVES — Groves Police Officers are ready to use their 501(c)(3) status to bring the police and community together with a number of programs.

Though the non-profit status was achieved last June, and some money that was raised or donated has been used with National Night Out and a Blue Santa program.

Det. Aaron Tabor said they would like to expand the Blue Santa program, in which they worked in conjunction with Beaumont Police Department to include Groves residents and give scholarships to high school students pursuing criminal justice degrees. 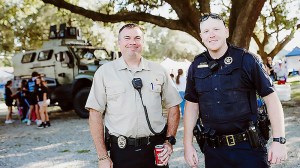 “This year, fundraising may be kind of hard,” Tabor said. “There are a lot of companies in a downward spiral, but we do have some money left over from last year.”

Huntsman, he added, donated $15,000 to start the Blue Santa program, and the plan is to raise or have donations to move that number to $40,000 and help 200 children in the community.

Another use of the funds would be to help officers who are out with an injury.

Det. Chris Robin has been involved with National Night Out and Blue Santa. He said the works of the nonprofit are important to the relationship between police and community members.

Groves celebrated its fourth annual National Night Out in October at Chris Roark Lions Park, where attendees mingled with first responders and vehicles, such as the Jefferson County Sheriff’s Office armored vehicle, police and fire trucks. There were children’s activities, a petting zoo, face painting, giveaways for food, drink and more, all in a carnival-like atmosphere. 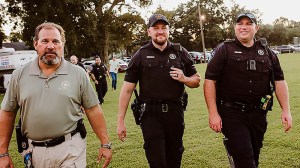 Robin said National Night Out is an amazing experience that has been a blast to take part in.

This year’s National Night Out is Oct. 6.