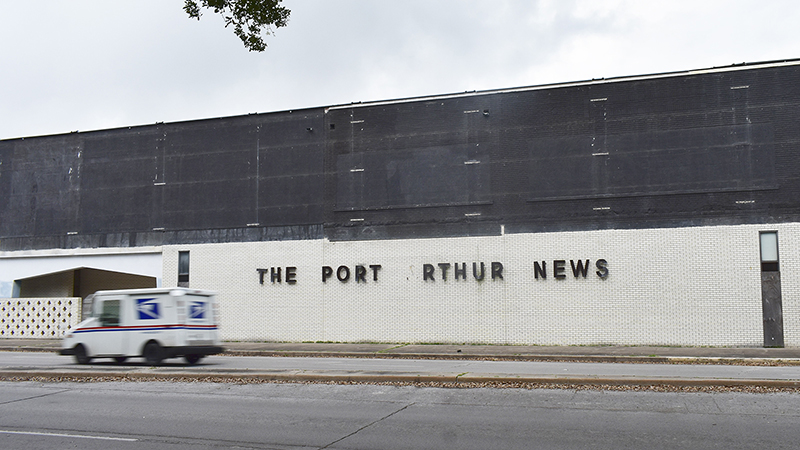 The coronavirus pandemic has not slowed down renovations of the former Port Arthur News building into a community and business development center for the city.

Floyd Batiste, director of the Port Arthur Economic Development Corporation, said Tuesday that contractors have been working 12 hours a day.

SETEX Facilities & Maintenance is performing a $7.25 million renovation of the building at 549 4th St. The “Press Building,” as EOC officials nicknamed it, is to include small businesses, Economic Development Corporation offices, a city emergency operations center and a culinary center for Lamar State College Port Arthur.

SETEX estimated the college’s portion of the facility would be completed by Jan. 15, 2021, the emergency operations center by Jan. 31 and the remainder by Feb. 15.

“Our goal was originally October and November, but the end of December is the timeline for the building to be open and in operation if everything goes the way it is,” Batiste said.

The Port Arthur City Council on Tuesday approved two proposals related to the Press Building renovations. The first allows Sitek Omni Services to perform additional selective asbestos abatement services for up to $42,400, and the other allows Total Safety U.S. to conduct environmental consulting for selective asbestos abatement services for $9,990.

The pandemic has not impacted contracting, but getting materials for the project has been a challenge because they come from different locations, Batiste said.

“If we can get our material on a timely basis, I think we’ll be OK,” he added.

Also during Tuesday’s special meeting, the council formally extended its declaration of disaster for seven more days. The declaration allows the city to keep its “Stay at Home, Work Safe” emergency order in place as well as receive any federal or state aid in fighting COVID-19.

Mayor Thurman Bartie said he is participating in a call with other mayors on Monday in which Gov. Greg Abbott could issue a timeframe and other directives in reference to the pandemic.