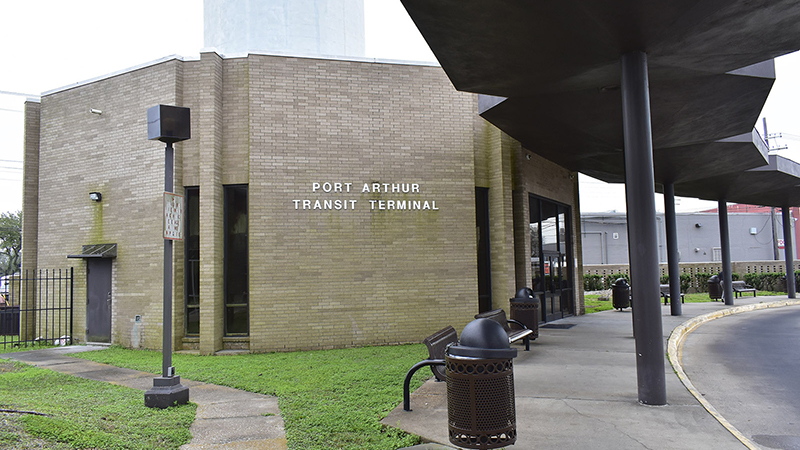 Renovations to the Port Arthur Transit Terminal are expected to be completed by April. (I.C. Murrell/The News) 1-10-20

Federal dollars from coronavirus aid may prove to be a temporary fix for the city’s transit department should Port Arthur’s population dip below 50,000.

But the issue is more complex than it looks.

Ivan Mitchell, who heads up the city’s transit department, said if the 2020 Census determines a population of less than 50,000, then the city would lose its “small urban” status and Port Arthur Transit would become a “rural transit agency.” Under the latter designation, he said Port Arthur would see a drop of about 40 to 50 percent federal funding.

“In terms of dollars for us, this year we’re receiving about $2.2 million, so about 40 to 50 percent of that could be $1.1 million we could lose out on if we go from our current status now,” Mitchell said. “That’s something that’s concerning.”

This would mean the city would have to pull from the general fund or look at some cuts in the transit service to make up for the operational deficit, Mitchell said.

The actual amount of potential loss of federal funding comes from a complex formula, and city leaders are hoping that if worse comes to worst, then Port Arthur can take a page from Galveston and how it worked to keep federal funding following the 2010 Census.

The city of Galveston experienced Hurricane Ike in 2008 and the population dropped below the set federal mark. Instead of essentially being penalized for the loss of population due to a disaster, Galveston worked with legislators and was allowed to maintain a small urban status and federal money.

Port Arthur leaders believe if there is a loss in population, it is due to Hurricane Harvey.

But this — the population drop and lobbing of lawmakers — has yet to occur.

In the meantime comes a separate issue that might fill the void — the recently approved Coronavirus Aid, Relief, and Economic Security Act, or CARES Act. And just as Americans are seeing a stimulus check in their bank accounts, so will the city.

City Manager Ron Burton said Port Arthur was informed $6.2 million is set aside for the transit department, which could be utilized for 24 months.

Mitchell said he has a way to give the money back to the city.

“Starting from Jan. 20, all my operational bills will be charged at 100 percent to the federal government so the city will not have to put in a single penny,” he said. “That way, the city can reallocate funds, and even though this seems to only benefit the transit department, it will trickle down to other departments.”

The transit department’s normal operating budget is about $2.3 to $2.5 million and includes fuel, employee salaries, wages and benefits, electricity, water and phone — all of the things needed to operate the service excluding purchases of buses.