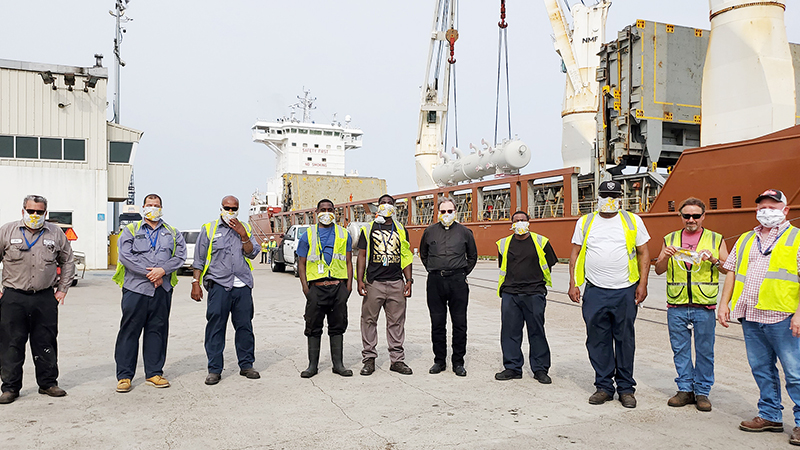 It takes a lot of “Power” to drive the people and entities that make Port Arthur and Mid-County such an enticing place to do business and raise a family.

Whether you’re involved in small business, international petrochemicals or the global maritime trade, you’re going to find a major hub for each in Southeast Texas.

With that in mind, the Part 2 of The Port Arthur News’ four-part April series “2020 Vision For Success” launches today. Naturally, it’s our “Power Edition.”

If you missed it, Part 1 — “Smarts” — printed April 4 and is available at panews.com under “Special Sections.”

“2020 Vision For Success” profiles the people, businesses and organizations that are providing a roadmap to a brighter future.

One of our best examples of this in action is the Port of Port Arthur.

Less than two hours from sea to transit, the Port of Port Arthur describes itself as “North America’s ultimate direct transfer facility positioned on the Gulf of Mexico to competitively handle any type of commodity.”

Generations of maritime men and women have contributed to the institution, creating an endearing legacy.

Today, the Port Arthur International Seafarers’ Center stands as a home away from home for mariners that was first established in 1973. 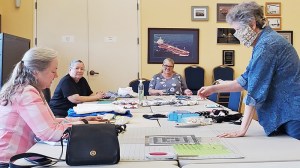 Led by dedicated volunteers, the Center and its supporters have sprung to action this week making facial masks for those in and around the Port of Port Arthur.

Approximately 10 dedicated volunteers have established a network of support to create hundreds of facial masks to help maritime employees working throughout the COVID-19 pandemic.

The Port of Port Arthur reached out to the Seafarers’ Center April 3, asking if the volunteers who normally make drawstring goodie bags for Christmas gifts could convert their efforts into facemasks.

On any given day, there are approximately 100 people inside the port.

“The idea was to make a few hundred masks so that we would have enough for each guy to have a few on hand,” said Doreen Badeaux, immediate past president of the Seafarers’ Center Board of Directors. “It just mushroomed so quickly that we were able to say, ‘Hey, maybe we could take care of the Port of Orange, the Port of Sabine Pass and perhaps do something more.” 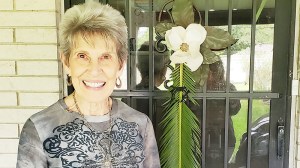 Badeaux describes the volunteers as fantastic people who normally cook for the Seafarers’ Center luncheon.

More than 250 masks had been made by Thursday, and the efforts aren’t slowing down. Hundreds more are planned.

“Those who drive the buses for our city are, a lot of times, bringing people to dialysis and helping them get to the grocery store,” Badeaux said. “It’s really important they have masks. We were happy that we had such a good number coming in that we felt we could do that for them.”

The outpouring of giving has been humbling, according to Badeaux.

The effort also gives people at home something important to do. Instead of feeling helpless, bored or scared, they are empowered to take back their life and do something to help others

“The Seafarer’s Center is an ecumenical venture,” Badeaux said. “People of every faith and no faith are able to come through there. Whether it is the seafarers themselves, dock workers, fishermen, anybody who is connected to the maritime industry, they are part of what we call the people of the sea.”

Port of Port Arthur employees have donated several bolts of cloth and scissors, while Sew Much More also donated two bolts of cloth.

Both entities demonstrate our region’s “Strength.” We hope today’s special section demonstrates how strong we really are.

Stephen Hemelt is the publisher of The Port Arthur News. He can be reached at stephen.hemelt@panews.com or 409-721-2445.