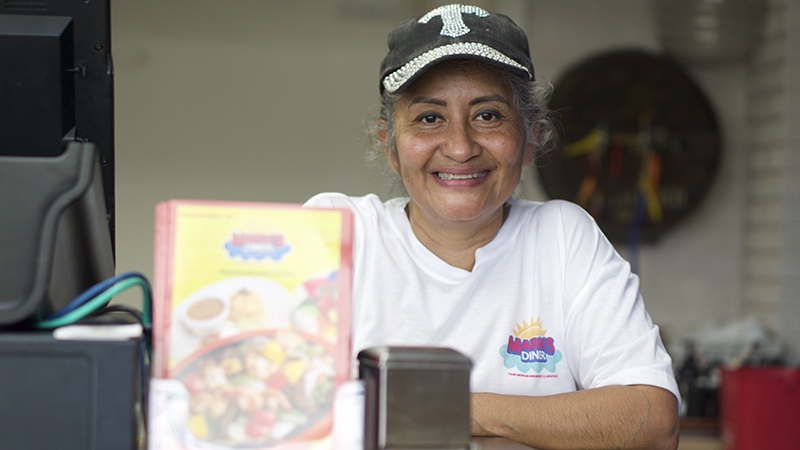 (Editor’s note: This is one of a series of stories published this weekend in Part 2 “POWER” of The Port Arthur News’ 2020 Vision For Success series. The series appears each weekend in April and can also be read at panews.com.)

The diner opened in 2007 on Main Avenue in Groves.

Dumesnil’s sister, Ana Hernandez, operates La Fiesta Mexican Restaurant in Port Neches and, according to Dumesnil, the restaurant business is a family business.

After moving to Southeast Texas from Los Angeles, it was finally her turn.

Dumesnil said opening a restaurant in a small town as an outsider was difficult at first, but her family grew to love the city of Groves. 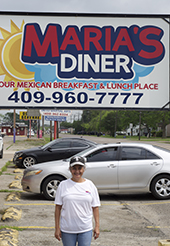 Maria’s Diner on Main Avenue in Groves is an American/Mexican restaurant owned and operated by Maria Dumesnil.

“When we first got here, it was very difficult for us,” she said. “No one knew us, we were out of place at first, but everybody quickly took us in. They are wonderful and we love it here. We have gotten great support.”

“We wanted to make it more attractive,” Dumesnil said. “We started originally with just authentic Mexican food, but we realized many people don’t like the original Mexican taste, so we added an American flair as well.

“We started bringing the Tex-Mex traditional food people are used to here. We combined that and we got a better response from the people.”

The diner serves breakfast and dinner all day.

Dumesnil said many items on the menu are family recipes.

“We have authentic Mexican food and people are aware of that,” she said. “We grew up in the restaurant business, so we have family recipes handed down, but we also love to go around to places and try different restaurants. It all comes from our own experiences.”

Maria’s Diner has been a staple in Groves for 14 years, but not much has changed.

“It’s been growing,” Dumesnil said. “More people come back, we get feedback from the people and they are happy with us here. They come to us and that’s the biggest change — coming from zero customers to where we are at right now.”

“(This pandemic) has been very hard on us,” she said. “It’s just not the same. People are using this time to save, cooking at their houses but there are a few people coming to keep our business open. We are grateful for that. We are staying here as long as they keep supporting us.”

Maria’s Diner is serving a $24.99 family pack with fajitas for two and two enchilada dinners. A dozen enchiladas with chili gravy, a pint of rice, a pint of beans and an 8-ounce hot sauce with chips is also available for $25.99.