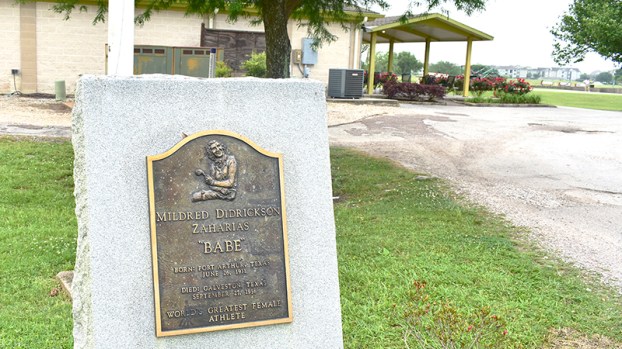 “I have no plans to,” Bartie said Thursday, one day after he declared all golf courses, driving ranges and golf training centers closed, as well as playground equipment, basketball and tennis courts are off limits.

“I have a contract with the city to operate the contract, and the city must recognize that,” Brown, who is CEO of Aquila Golf, said Thursday. “We’ve been following the judge’s order above and beyond. I’m paying rent to the city, and now the city wants me to pause what I’m doing?”

Bartie signed an amended “Stay at Home, Work Safe” order Wednesday spelling out the closures in response to the coronavirus pandemic. The order is set to expire April 30 unless otherwise lifted or extended.

Wednesday was also the day Branick signed a seventh addendum to his own “Stay at Home, Work Safe” executive order nixing an earlier addition he signed the day before to close golf facilities in the county.

Bartie and Branick participated in a call with Texas Gov. Greg Abbott referring to golf not being among the 16 essential industries amid the pandemic.

“I have now received guidance that would allow golf courses, driving ranges and golf training centers to reopen and operate provided the following protocols, as outlined in the Centers for Disease Control, are complied with,” Branick writes in his latest addendum.

The protocols include separate carts for each golfer, maintaining appropriate social distancing at all times, golf carts being sanitized before use and no more than five persons occupying the clubhouse or course rooms at any time.

Babe Zaharias Municipal, aka The Babe, is the only active golf course in Port Arthur. Workers could be seen taking care of the course near the clubhouse Thursday morning, as Brown said they would take care of some projects while the course and golf shop are closed. Brown added he’s applied for Small Business Administration loans to keep his workers employed.

Brown questioned the information Bartie received in determining to close The Babe. “How does the mayor’s information that he relies on differ from judges of other counties and mayors of cities?” Brown said. “I have to maintain golf courses. It’s not like I can just lock up and walk away from that.”

Nathan “Buddy” Reynolds, a Nederland attorney who lives in Port Neches, is concerned about the spread of coronavirus like others, but he added he would not play at all if he didn’t think it was safe.

Reynolds plays in a group of no more than five people, but adds everyone rides in his own cart and he doesn’t come within 10 feet of anyone while golfing. The minimum distance between persons for social distancing is 6 feet.

“There’s really no contact between the golfers,” Reynolds said. “At this time, it seems safe to play golf. It’s an outdoor activity, which is supposed to help with the respiratory benefits.”

Reynolds added he would find another golf course that’s abiding by social distancing guidelines and other protocols against COVID-19 during The Babe’s shutdown.

As far as reaching out to Port Arthur city hall about the closure, he said: “I’m not a Port Arthur citizen, and I don’t feel it’s my place to do that, although I don’t mind giving my input if someone asks me.”

The mayor’s closure of “The Babe” is not going to keep golfers from going elsewhere, Brown believes, adding Beaumont officials support the reopening of their courses.