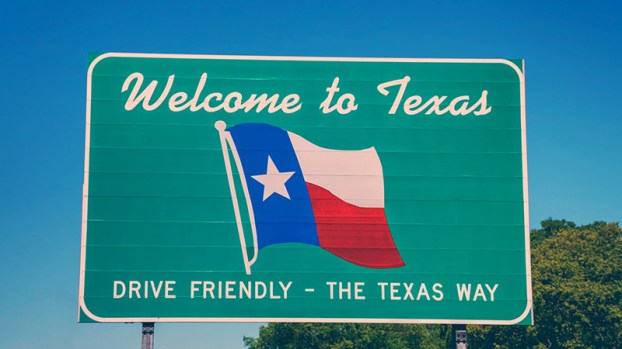 BRAD ROBICHAUX — Checkpoints are up, so be prepared

Rumors of the lack of police presence at the Texas-Louisiana border were greatly exaggerated, it seems.

On Monday, State Troopers were indeed there, enforcing the extension of an executive order made by Texas Gov. Greg Abbott over a week ago.

The order, first made on March 26, imposed a 14-day mandatory self-quarantine for anyone entering Texas through an airport from the states of New York, New Jersey or Connecticut or from New Orleans, Louisiana. Violations of the order could prompt jail time of 180 days, a $1,000 fine or both.

There are, of course, exemptions. They include people traveling for commercial activity, military service, emergency response, health response or critical-infrastructure functions. You’re also allowed to continue to travel if Texas is not your final destination.

That order was extended on March 30 to include everyone crossing into Texas from Louisiana through a roadway.

For the past week, it’s been a regular topic of speculation at our office as to exactly how this order would be enforced, especially since so much traffic passes across the Texas-Louisiana border through Interstate 10. And for the past week, while I saw the occasional State Trooper vehicle parked along the side of the road or at the Texas Visitor’s Center along I-10, no checkpoints had been set up yet and no travelers were being stopped, at least none that I saw while passing through.

That was not the case on Monday.

I saw the first hints of the new circumstances on the Louisiana side. Before reaching the border itself, several roadside LED signs tell travelers that they are approaching a COVID-19 screening checkpoint. The signs also tell travelers that all passenger vehicles must be in the right lane and all commercial vehicles in the left.

If you miss the message on the first sign, there will be more ahead.

The right lane’s traffic is redirected into the Texas Visitor’s Center parking lot. There the vehicles are divided along two lanes outlined by traffic cones. At the end of the lanes are State Troopers wearing protective masks.

I rolled down my window and the Trooper asked me a series of questions. Among them:

I answered him truthfully that I was going to work in Port Arthur, and he waved me through to continue into Texas. News media are one of the exempted groups.

One of my own questions about the logistics of an I-10 checkpoint was also answered — The troopers were only asking passenger vehicles to stop through the checkpoints. All the commercial vehicles in the left lane continued on into Texas unhindered. At least this way not all traffic has to be stopped.

I feel it’s important to point out one more caveat about my experience. While I was being questioned, my media pass was hanging visibly from by rear-view mirror. The Trooper did not ask me for proof of my job, but that may have been because he could see the pass. I might suggest for others to err on the side of caution and bring some kind of proof with them for the reason they’re traveling.

Finally, before moving on, the Trooper apologized for the hold up and said that they were going to be there at that checkpoint every day.

As I wrote here last week, this is the new normal, but I understand why it’s important.

Port Arthur Public Library is doing what it can to bridge a divide by allowing residents an opportunity to get... read more