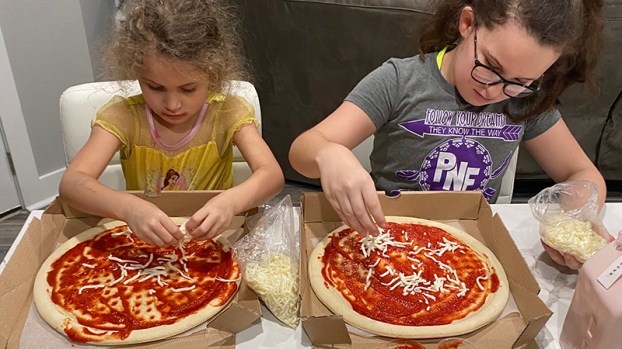 NEDERLAND — Restaurants all across Southeast Texas are transforming into mini grocery stores by selling pre-packaged necessities that may not be found in wiped-out conventional stores across the region.

After Texas Gov. Greg Abbott announced Tuesday that restaurants can sell bulk items as long as they remain in their original condition, local restaurants rushed to take advantage of the change. 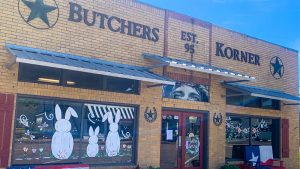 “We’ve been selling a lot of meat,” he said. “I’ve been here 24 years and the meat I’ve cooked the last two weeks probably equals what we do in a year. We had no choice but to shut the cooked food down. There’s no way I could have kept up both. People are just buying so much meat.”

The restaurant started out with a full takeout and delivery menu, but shortly after decided to switch to packaged meat after noticing the shortage in the community.

“It feels great to help,” Nutt said. “Facebook does a lot of good things. It reaches people quick. I did that and we definitely got the response. We’ve seen a lot of new faces and we are glad to help them. The community has been very appreciative, and with as much chaos as there has been it has gone very well.”

Butcher’s Korner is offering a mixed 35-pound special and two 20-pound specials along with bread, lunchmeat, cheese and cases of water.

Nutt extended a thank you his employees who are keeping the business running during the COVID-19 pandemic.

“I’ve got seven people that work here and I can’t thank them enough,” he said. “They killed it. They stayed here extra nights, early mornings. I couldn’t have done it without them. As long as my seller keeps bringing in food, we will keep selling.”

Nutt said he is hoping to slowly return to making cooked food by next week.

Down Boston Avenue, Buckstin Brewing Company is putting a spin on family night, offering “build your own homemade pizza” kits.

Co-owner Gabi Blanco said she saw the idea from pizza places nationwide and decided to bring it to Mid-County.

“The biggest complaint that our customers who are parents were saying is that they are running out of things to do with their children,” she said. “So it’s perfect. It’s dinner, it’s together and it’s something fun to do at home.”

Buckstin Brewing is also selling all 10 of their beer selections in 12-ounce six packs or in a 64-ounce take-home growler. 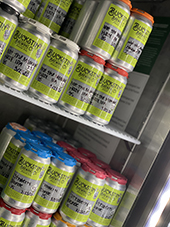 Blanco said selling bottled beer was always in the plan.

“We had everything ready to go when (the city) made the announcement to shutdown all bars,” she said. “We try to stay ahead of the curve, and thinking about the future really helped us in this situation.”

A growler is a 64-ounce glass bottle available for a one-time purchase. They can be refilled through the tap.

All regular pre-cooked pizzas are also available for takeout.

Call-ahead orders are available at 409-519-8091 and delivery is available through Favor.

The restaurant, located at 7945 Memorial Blvd. in Port Arthur, is offering grocery items for sale including packaged seafood and meat, milk, cheese, produce, canned goods, juice and even baby wipes.

The market is open during normal business hours from 11 a.m. to 8 p.m., Friday through Sunday. All items are available for curbside pickup and delivery.