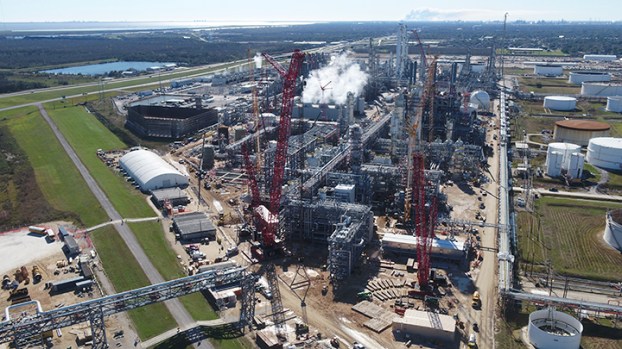 As many businesses and schools close to slow the spread of coronavirus in Port Arthur, some workers at Total Port Arthur Refinery have been hesitant to return after a short layoff.

“I don’t think it’s safe for us to go back to work that soon,” said Joseph Smith, a supervisor at one of Total’s subcontracting firms. “They should give it at least two weeks to see what’s going on.”

Smith said he was told to report to a meeting Tuesday about how to clean the facility. The meeting came four days after a city declaration of disaster was approved that spelled out what establishments must close and what can operate, but it did not cover oil refineries or chemical plants.

A number of workers called The News this week about their concerns of returning to Total, but only Smith agreed to be identified.

Among the measures for the Port Arthur Refinery’s ethane cracker project Briggs listed:

The Port Arthur Refinery will be home to a $1.7-billion ethane cracker that is being built alongside an existing steam cracker and is expected to start up this year. Construction firm McDermott, formerly known as CB&I, oversees the ethane cracker project for Bayport Polymers LLC (aka Baystar), a joint venture of Total and chemical company Borealis.

“Health and safety are core values for Total, Baystar and McDermott and we are doing everything to ensure a healthy and safe work environment,” Briggs said. “We are continuously monitoring the COVID-19 situation and updating the response plan as the situation evolves.”

Briggs did not say how employees were compensated if they were asked to stay home during the work suspension. Smith said he was told to not return to work March 18 and called in five days later.

His biggest concern, however, wasn’t whether he would be paid.

“I’m not asking them to pay. Our children are staying home,” he said. “If we go back to work, we bring back germs to them.”