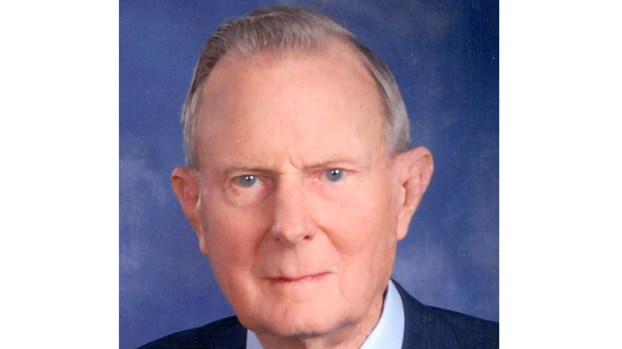 Kenneth McClain Suiter, 94, of Port Neches, Texas, passed away at his home, surrounded by family, on Sunday morning, March 22, 2020.

Kenneth was born in Otis, Kansas, on January 24, 1926 to Clive Suiter and Mary Peters Suiter.

He grew up in Otis and upon graduating high school, attended Kansas State University and graduated with a degree in Mechanical Engineering in 1949.

From 1966-1973, he served as a member of the Petroleum and Gas Unit National Defense Executive Reserve, Department of Interior.

Kenneth’s professional career began in 1949 as a mechanical engineer for Fina Oil and Chemical Company in ElDorado, Kansas.

In 1973, he was transferred to their petroleum refinery in Port Arthur, Texas, where he retired as the Plant Manager in 1987 after 37 ½ years of service.

Kenneth was a member of The First United Methodist Church in Port Neches and served on various boards and committees.

Those left to cherish Kenneth’s memory are his wife, of 59 years, Coleta West Suiter of Port Neches; his daughters, Elizabeth Anne Suiter and husband, Robert Emanuel of Port Neches and Martha Kay Suiter of Galveston; and his beloved granddaughter, who he was so proud of, Julia Emanuel. Julia will graduate from Port Neches-Groves High School in May and in the fall, will attend Texas A&M University in College Station.

Kenneth is preceded in death by his parents, his brother, Clanton Suiter, and his sister, Clyvene Deppe.

A private graveside service will be held at Oak Bluff Memorial Park in Port Neches on Thursday, March 26, 2020.

In lieu of usual remembrances, memorials can be given to the Southeast Texas Food Bank, or the Effie and Wilton Hebert Public Library in Port Neches.