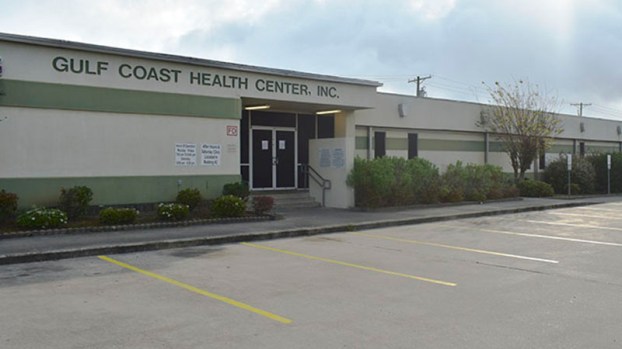 The parking lot of a Port Arthur health clinic was unusually empty Monday in the midst of the coronavirus pandemic, but it was a concern for the spread of the novel virus that forced the campus to shutter.

In a statement Sunday evening, Gulf Coast Health Center said it planned to close the Memorial Boulevard campus for two weeks following confirmation that an employee who tested positive is the same person the Beaumont Public Health Department confirmed earlier in the day to have COVID-19. 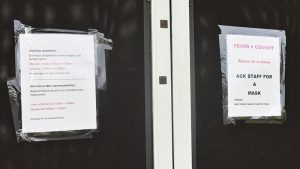 The front doors at the campus were locked with only previous notices of adjusted times of operation and requests for a mask posted.

The individual, who has not been identified, was the third such case in Beaumont and Jefferson County.

“Since being advised that our provider was possibly exposed to someone who had tested positive for COVID-19 during an out-of-state trip last weekend, we asked our provider to self-quarantine,” Gulf Coast said in the statement. “The provider was tested on Friday and [Saturday] we were informed the provider tested positive for the virus. Within minutes of being informed of the results, we contacted local health authorities. We are cooperating fully with multiple jurisdictions to conduct a thorough public health investigation.”

Gulf Coast CEO Dr. Marsha Thigpen was seen at the campus Monday morning as a small freight truck pulled into the rear of the front building. She declined to comment at the time but said she would comment about the closure later in the day.

The front doors at the campus were locked with only previous notices of adjusted times of operation and requests for a mask posted at the front entrance. Only two unmarked pedestrian vehicles and approximately three more vehicles with Gulf Coast logos were parked behind the building.

Port Arthur Councilwoman Charlotte Moses said she is thankful Gulf Coast took closing steps for the safety of those coming in and the workers.

“I know that it is imperative for all the health care needs of individuals,” Moses said, adding the closure was necessary because of how quickly coronavirus can spread.

“We don’t know who would be affected by leaving the doors open,” Moses said. “I think [Thigpen’s] decision makes sense. By closing it, that shuts off the opportunity to spread without knowledge.”

Gulf Coast said in its statement it began contacting all employees and the 18 patients the provider saw last week. The center advised all patients and employees self-quarantine for two weeks.

Thigpen said in Sunday’s statement that Gulf Coast will continue to take all steps requested by health authorities “in multiple jurisdictions in Jefferson County” to protect patients, employees and the community it serves.

“I think the best thing we can do as councilmembers is let those in charge do what they can do,” Moses said. “They don’t need political input. They’re under enough stress.”

Grocery shopping already can be a challenging task for many seniors. In the wake of the COVID-19 public health disaster,... read more