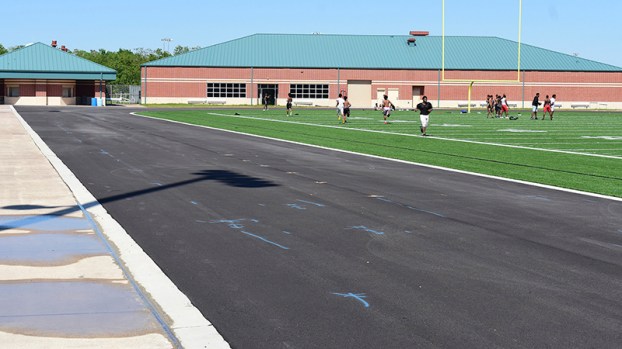 Concerns about the coronavirus have made limited impact on area sports.

As of Thursday afternoon, no scheduled games or tournaments involving Mid- and South County high schools had been cancelled or changed. Memorial, Nederland and Port Neches-Groves baseball teams still traveled to tournaments taking place Thursday-Saturday, and Nederland’s Strike Out Cancer softball game against Vidor is still scheduled for today.

Lamar State College Port Arthur’s softball team cancelled its two games against Blinn College for today but is still expecting to play San Jacinto College-South on Saturday at 1 and 3 p.m.

Lamar University suspended all sports competition until March 30 in accordance with direction from the Southland Conference, which also canceled the remainder of its basketball tournaments in Katy. Lamar’s men’s team defeated McNeese State 80-59 in the first round Wednesday.

“I know as a school district we’re getting emails on what our districts are monitoring, and obviously we’re monitoring closely with the CDC and the different health organizations with what’s going on,” Nederland athletic director Monte Barrow said.

Memorial track coach Darrell Granger says the Titan Relays will still be held on March 20, though he expects school district and athletic officials will meet as early as Monday to discuss the virus.

“I see a couple of universities have cancelled meets,” Granger said. “I really don’t know. I haven’t spoken to the administration or the superintendent about us going forward with next week, but I know we’ll probably have some type of meeting Monday to discuss how to deal with the track meet coming up. Everything is just so up in the air right now.”

The Memorial track athletes practiced Monday, Tuesday and Wednesday this week and will take the rest of the week off for spring break, Granger said.

“I probably won’t see my kids again until Monday, and we’ll go from there,” he said.

PNG head soccer coach Aimee Bates said she hadn’t heard yet from the University Interscholastic League, the governing body for high school sports in Texas, as to whether games have been cancelled or postponed. PNG has two more regular-season games next week against Barbers Hill on Tuesday and Vidor on March 20.

“Nothing has been said,” Bates said, “I’m fully expecting something to happen, and I’ll hear something within the next few days before we get back to school, but I have not heard anything yet.”

Her soccer team will practice for the first time today after also taking time off during spring break.

“I told my kids early on I want them to take a break, and they’ve been in vacation mode from that Friday game against Memorial all the way to today,” Bates said Thursday. “I know a couple of them went skiing, and the rest of them I’ve seen around town hanging out. There was a group that was planning on going to the beach after practice.

“I have not done anything different than we’ve already planned this break. Soccer season’s kind of long and they need to get thirsty again and be passionate about the sport and each other, so a break is perfect for them.”

Barrow speculates officials with the school districts and UIL will respond quickly if any players are ever confirmed to have the coronavirus.

“To me it seems like a trickle-down effect, what with the NBA doing what they did, and the NCAA and the Southland just cancelled their postseason tournaments,” Barrow said. “I know in the NBA, they have cases where they actually have players that have it. We could just be waiting as far as knowing if someone within someone’s department has it or has had contact with somebody that had it. Then I think the steps would come faster to make sure things are in place to keep everyone safe, which is obviously everyone’s priority.”

Both the men’s and women’s NCAA basketball tournaments were cancelled Thursday in response to the continuing outbreak of the coronavirus. The NBA also suspended games until further notice. Utah Jazz players Rudy Gobert and Donovan Mitchell both announced Thursday that they tested positive for the virus.

The UIL did officially announce on Thursday that they were suspending the Boys State Basketball Tournament taking place in Austin until further notice. Fans who purchased tickets for the postponed games will be issued full refunds, according to a news release.

While no Mid- or South County schools made it to the state tournament this year, the postponements also mean that the ceremony honoring the 1995 Lincoln High School basketball teams’ state championship win will also be cancelled.

Nederland’s Strike Out Cancer softball games will start today with a memorial walk around the bases in honor of cancer survivors and victims beginning at 2:15 p.m. followed by the junior varsity game at 2:30 p.m. and the varsity game at 4 p.m.

Vidor returns this Friday for a second straight year to join the Nederland Bulldogs in raising money for The American... read more