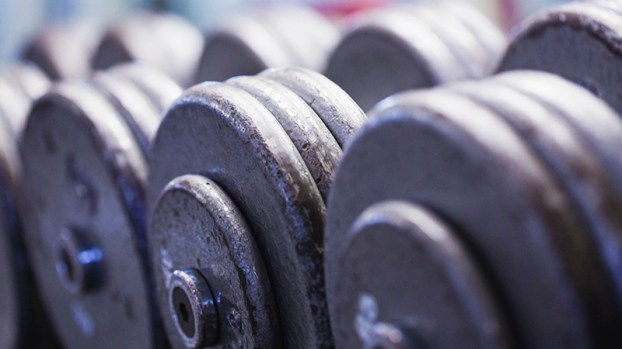 Nederland’s Jase Bowman won the 181-pound weight class at regionals with a total of 850 pounds lifted. She will be joined in Waco by four fellow Bulldogs as Taryn Hopper placed second in the 259-plus class with 865 total pounds, and Kelsey Hernandez, Shelby Schexnayder and Mia Walter each qualified in their weight classes for 5A.

Nederland powerlifting coach Jae Stoker said this year was Hernandez’s and Walter’s first year lifting. The group has been very supportive of each other, he said.

“This will be Taryn Hopper’s second year, and this will also be Jase’s and Shelby’s first year going to state, but they are returners,” Stoker said. “These are a good group of girls. They worked hard and did everything they could to get stronger and work on form. Probably the one thing I like about this group of girls is that they all get along and help each other, which is what this sport is about, because you’re not going up against individuals as much as you’re going up against the weight. It’s been a fun year with the girls.”

Shawn Aycock of Nederland qualified to go to the boys state meet in Abilene, placing fourth at regionals in the 165-pound class with 1,365 pounds.

“He’s been lifting for four years,” Stoker said. “He worked hard and that’s been his goal to make it to state this year, and he made that happen.”

Memorial’s Donaven Jackson placed second in the 242-pound weight class. He lifted for a total of 1,530, just 10 pounds behind the first place winner at the Regional meet, The Woodlands’ Logan Ecuyer.

“He’s an explosive kid, he’s a really good kid, and I look for him to do some good things at the state meet,” Memorial head powerlifting coach Robert Conley said. “Two hundred forty-two pounds is a big kid but it’s not overly big, so the fact that he’s able to squat over 600 pounds, bench over 350 and deadlift 575 pounds is pretty impressive as far as his overall strength. I definitely think Donaven is one of a kind.”

A’Niya Mitchell also qualified for the Memorial girls, placing fifth at regionals in the 105-pound class with 505 total pounds.

The girls’ state championship meet will begin March 20 at Extraco Events Center, while the boys’ meet will be March 28 at the Taylor County Expo Center.

Vidor returns this Friday for a second straight year to join the Nederland Bulldogs in raising money for The American... read more