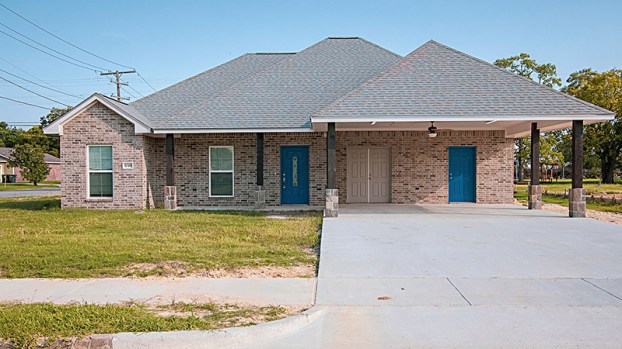 A completed Legacy CDC home in the 1000 block of Sixth Street. While most homes include three bedrooms, this one includes four bedrooms. The owner opted to have a carport instead of a garage. (Courtesy photo)

Vivian Ballou, executive director of Legacy CDC, said the nonprofit organization is in its third year working with the city of Port Arthur. So far, approximately 20 new homes are occupied or almost completed. The goal is 60.

A recent action by the Port Arthur City Council was basically a formality to transfer city-owned properties acquired through the Neighborhood Stabilization Program to Legacy CDC. 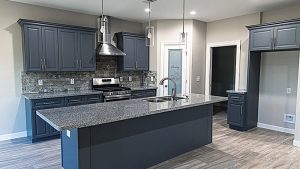 A view of the kitchen inside a Legacy CDC home in the 1000 block of Sixth Street.

The process towards homeownership begins with an intake application, which Legacy reviews for eligibility.

Income is a factor in determining which program a person qualifies for.

The program is for those who are gainfully employed but fall into the income categories or either 80 percent of the Area Median Income or 120 percent of the AMI. Interested applicants must also qualify for a mortgage from the bank and Legacy also assists with credit and helping get bank approval.

The newly built, brick homes have three bedrooms and two baths plus a number of other amenities.

“This is revitalizing the community and getting the property on the tax roll,” Burton said.

The city maintains the deed for the property until the home is sold.

Ballou said the total goal is to have 60 homes built and in the hands of the homeowners.

It’s been an unprecedented week, one in which oil majors Russia and Saudi Arabia saw anything but eye-to-eye on lowering... read more