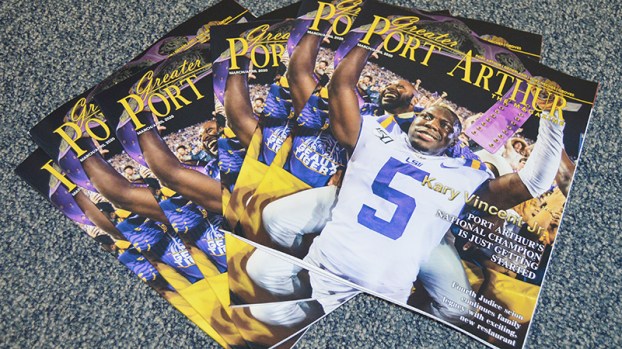 The newest edition of Greater Port Arthur The Magazine is here.

(Editor’s note: The latest editions of Greater Port Arthur The Magazine have arrived.)

The stories and, more importantly, the people behind them make the March/April edition of Greater Port Arthur The Magazine one of our best.

We will receive the latest editions Tuesday and have them available for the public to come by and pick up from our 2349 Memorial Blvd. office on Wednesday (March 11).

Throughout the following week, we’ll deliver hundreds of copies to various locations across Port Arthur and Mid County, making sure to alert our readers to where they can pick some up.

Vincent’s last couple of months have been pretty eventful.

He helped lead the LSU Tigers football team to a national championship, visited the White House, pondered early entry into the 2020 NFL Draft and ultimately decided to return to school for his senior year and college degree. 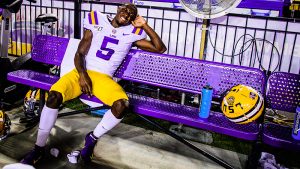 Kary Vincent Jr. played in 14 games and started eight for the 2019 Tigers, finishing second on the team in interceptions. (LSU Athletics)

Today, he is enduring intense LSU track practice, with a goal to capture another national title. Thankfully, he took a break — on Mardi Gras, no less — to speak with Greater Port Arthur The Magazine.

The result is a worthy story that takes readers into the mind of a champion.

Kary Vincent Jr. clearly knows about heightened expectations and pressure. That kind of feeling can derail many, but some thrive under those conditions. 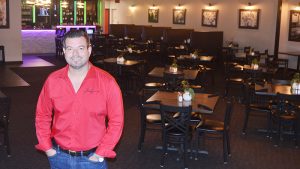 Such is the case for Al Judice IV. The man comes from generations of successful and hard-working grocers and restaurateurs. He knows the pressure of launching a new venture.

He did just that in August, opening Judice’s 1927 on Nederland Avenue in Nederland.

The project took a little longer than expected but it delivered on the goal of opening an upscale take on Cajun classics while showcasing a family feel.

Now, Judice and chef Jon Hersey are focused on inviting more people to share in their vision, which could include expansion of the Judice’s 1927 brand across Southeast Texas. 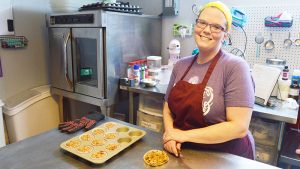 Angela Cook stands inside the baking center of Sugar Momma Confections at 4311 Lincoln Avenue in Groves.

Speaking of food and pressure, have you ever tried to talk to a baker when she is working?

Let me add to that.

Have you ever tried to talk to a baker, who is also the bakery owner, during the busiest time of the year?

I don’t recommend it, but Greater Port Arthur The Magazine did just that, interviewing Angela Cook of Sugar Momma Confections in the days before Valentine’s Day.

We were lucky she didn’t chase us out with a rolling pin. She actually welcomed us and let us leave with a recipe.

Thank you, Angie, for fitting us in and letting us share sweet treats for all. 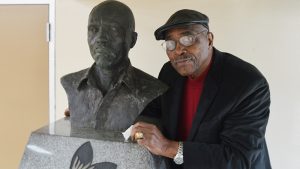 James Gamble stands next to the bust and monument in his honor at Abraham Lincoln Middle School — the same location he excelled at as a high school coach years ago.

When it comes to time to spare, James Gamble has some. But not as much as you would think for an educator who retired as the most successful high school basketball coach in Southeast Texas.

Gamble recently took Greater Port Arthur The Magazine for a tour of his old stomping grounds, Abraham Lincoln Middle School. It was a high school when Coach Gamble manned the sidelines, leading team after team of Bumblebees student-athletes to glory.

Thankfully, he still enjoys giving back, and did so for readers as the centerpiece of our magazine’s “Why I Love Port Arthur” spotlight.

We’re not even halfway through the magazine highlights, but we need to wrap up this column. 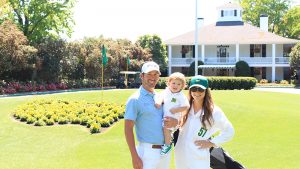 Andrew Landry holds up Brooks while standing next to Elizabeth during the Masters Golf Tournament at the Augusta National Golf Club.

Stephen Hemelt is publisher of Greater Port Arthur The Magazine and the Port Arthur News. He can be reached at 409-721-2445 or stephen.hemelt@panews.com.

JOHN BEARD — Local officials can, must combat threats to environment

As a lifelong resident of the Texas petrochemical corridor and a former Port Arthur City Councilman, I’ve watched for decades... read more