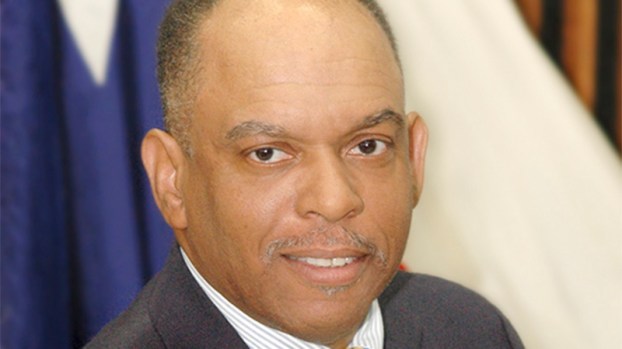 JOHN BEARD — Local officials can, must combat threats to environment

As a lifelong resident of the Texas petrochemical corridor and a former Port Arthur City Councilman, I’ve watched for decades as state and local officials turned a blind eye to outrageous environmental abuses in our community.

So when I read the highly unusual news that Texas Attorney General Ken Paxton had sued habitual polluter TPC Group over a Thanksgiving Eve chemical explosion at its Port Neches plant, I did a double take. Maybe, I thought, the State of Texas is finally getting serious about punishing repeat violators of our environmental laws. This also got me thinking: Why is it so hard to get Texas government at all levels to take environmental crimes more seriously?

It’s not just the Texas Commission on Environmental Quality that adopts a consistently pro-industry stance at the expense of public health. Local municipalities, including Port Neches, Beaumont and Port Arthur, as well as Jefferson County, don’t do enough to protect their residents, either. They all have the power to demand more of industry, but far too often … they don’t.

For example, Jefferson County Judge Jeff Branick has said he doubts that a county-level environmental compliance office would prevent incidents like the TPC explosions. Branick also believes there aren’t enough taxpayers to fund this office.

Here’s an idea; let industry — not the taxpayers, fund it through their industrial tax agreements. Besides, industry receives millions in tax breaks yearly, and should contribute more to improving the environment and quality of life in the communities where they operate.

This office could also be a resource residents can call upon when they “smell, hear or see something,” and get immediate assistance.

The reluctance of Branick and other local officials is palpable. They’re worried about angering a petrochemical industry that employs an estimated 100,000 Texans. I get it, because for 38 years I was a proud employee of ExxonMobil’s Beaumont refinery, trained as an industrial firefighter and hazardous materials worker to be on the front lines of disasters like the TPC Group fire.

I know firsthand how dangerous these chemicals can be. I also learned there is a right way and a wrong way to do things. Some companies take shortcuts, and when they do, we need to call them out and punish them. State, county and city officials all have an obligation to do so.

But holding industry accountable will only happen if residents demand it and stop being mute accomplices to community pollution.

We must insist that our representatives enforce the codes, ordinances and laws aimed at protecting us and our environment. We don’t have to sacrifice our health at the altar of corporate profits. We can have health protections and good jobs, but only if the petrochemical industry is held to account by government at all levels. Otherwise, the industry will continue to place profits ahead of people, and it’s the people who will suffer.

Make no mistake, local governments have leverage they don’t use. There is the Texas and Federal Clean Air Acts, Texas Water, Health and Safety Codes, in addition to city codes and ordinances.

Each city and county has an obligation to investigate and enforce laws designed to protect public health and welfare.

The City of Port Arthur has given millions of dollars in tax abatements to billion-dollar companies without demanding much in return except a handful of high-paying jobs, many of which go to people who are not from our community. When you know better, you should do better.

So, let’s do better.

For too long, those of us fighting for accountability from the petrochemical industry have been discouraged by the failure of not only state environmental regulators, but the elected officials we send to represent us in Austin.

We got a glimmer of hope in mid-February when Rep. Dade Phelan, a Republican who chairs the State Affairs Committee, told the Beaumont Enterprise, “While accidents do occur, it is critical that the industry be accountable and held to the highest standard of compliance.”

Phelan said: “Enough is enough; We must identify how these events could have been prevented and take legislative action to ensure all plants and refineries are following the necessary procedures to ensure the safety of their workers and the citizens that live in the surrounding communities.”

Phelan’s message was especially encouraging because it came from an elected official in the Republican Party, which controls the state House, Senate and governor’s office.

Let’s hope that Phelan takes this promising conviction with him to Austin, and that public officials at all levels of government heed his call.

John Beard is a former Port Arthur city councilman and founder and chairman of the Port Arthur Community Action Network, which focuses on community development and the local environment.

Port Neches library booking it to open for summer reading

PORT NECHES — Progress is being made toward reopening of the Effie and Wilton Hebert Public Library. Taylor Shelton, Port... read more