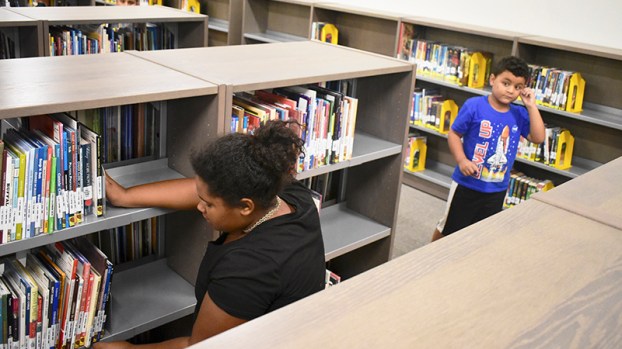 Lada Young, 11, and Oliven Young, 6, both of Port Arthur, search for books to check out during a visit to the Port Arthur Public Library on Tuesday. (I.C. Murrell/The News)

Members of the Port Arthur Library Board will see their terms increase from two years to three.

The Port Arthur City Council on Tuesday granted the request made by the board members. The board includes seven residents nominated by the mayor and two elected by the Friends of the Port Arthur Public Library.

BEAUMONT — “Justice is served” is the tagline for CASA of Southeast Texas’ biggest fundraiser, “A Night at the Disco.”... read more