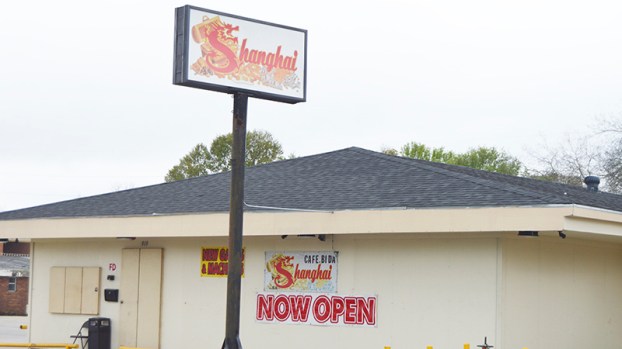 Shanghai Game Room, 3919 Gulfway Drive, was ordered to shut its doors on Tuesday and not reopen until fire code violations are remedied. (Mary Meaux/The News)

A Port Arthur game room is in hot water, again, after the city’s fire marshal issued a stop work order due to code violations this week.

Shanghai Game Room, 3919 Gulfway Drive, was ordered to shut its doors and cannot reopen until the fire code violations are remedied. Other violations will be reviewed and assessed for city ordinance compliance, according to information from the Port Arthur Fire Department.

He said the business has improper commercial kitchen equipment installation and a lack of fire suppression over the equipment.

The business was cited on Dec. 13 in regards to the lack of fire suppression system. When Washburn visited Tuesday night, he noted some changes had been done but some of the work was not up to code.

The citation and stop work order means the whole business is shut down, not just the kitchen. To come into compliance, the owners would have to hire a licensed company through the state to install the fire suppression system. Then the company would submit plans to the fire marshal’s office for review for installation. Once approved and installed, the fire marshal’s office would go out with the hired company to verify the system is working, then they will be back in business.

There is no phone number listed online for Shanghai game room, nor is there a social media page.

Shanghai found itself on the Port Arthur Police Department’s radar when, on Feb. 6, officers arrested Ngoc Nguyen, 48, for gambling promotion. She has since bonded out of jail.

The police arrest came after an undercover officer went inside the business to play 8-liner gaming machines and, while there, the attendants reportedly “facilitated the promotion of illegal gambling,” according to information from PAPD.

Besides Nguyen, police also sent an undercover officer into Lucky Game Room, 1110 9th Ave., where they said the same scenario played out. They arrested Thu Huong Tran, 45. She has since bonded out of jail.

“The goal is to make sure they don’t open again,” Duriso said.

The reason, he said, is linked to the number of times PAFD or PAPD has had to respond to the establishment and that “something is going on there all the time.”

Winners talk future: Bates, Collins march to victories with no opponents for November