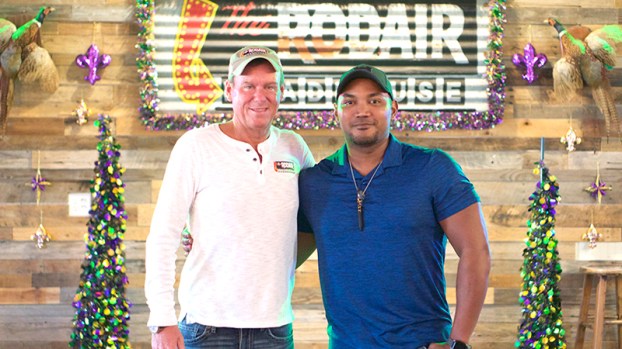 In the summer of 2004 The Rodair Club, a popular dance hall and bar, closed in Port Acres. The loss left a majority of the Port Acres community with dusty boots and an empty space.

As a child, Richard Hudson grew up in the halls of The Rodair Club and knew he wanted to bring a piece of that history back to his community.

He opened The Rodair Roadhouse on July 15, 2016, down the street on Jade Avenue, sporting the same spirit, style and atmosphere of its namesake.

“To these people out in Port Acres, (the club) was their stomping ground,” Hudson said. “It was a Cajun honkey tonk, where families would come to dance, eat, drink and have a good time. It was very popular in the ’70s and the ’60s, so when we opened this place everybody just flocked. 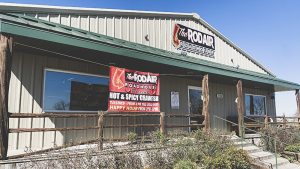 “We were opening a Cajun-Creole restaurant, so why not carry on the legacy of the Rodair Club, in more than the name?” Hudson said.

Nestled at 6701 Jade Ave., The Rodair Roadhouse is a large warehouse style restaurant with an old school, hometown, country feel.

“I’d tell you, but I’d have to kill you,” general manager Perry Celestine joked.

On Sundays from 10:30 a.m. to 3 p.m., the restaurant serves brunch with a crawfish three way — three Belgian waffles topped with crawfish etouffee and fried crawfish tales.

The unique combination of food Hudson said comes from allowing friends, family and employees to share ideas and opinions.

“Developing the menu and recipes were so much fun,” he said. “The way we did that was we had a pool in our backyard and it was kind of the party place on weekends. 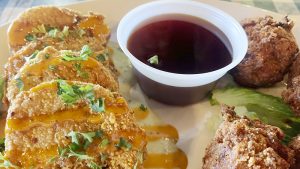 “We’d invite certain friends over on Friday night and certain friends on Saturday night. We’d pick two items we wanted to put on the menu and get everyone to try it and tell us what he or she liked or didn’t like. It was fun because everyone was a part of it, even the locals.”

Thursdays through Saturdays, guests can be expected to dine alongside live bands and an open dance floor — a nod to the Rodair Club and its former members.

“It reminds me of the old club because you’ll see grandfathers out there dancing with their little granddaughters on their boots,” he said. “Just like at the old place, it’s nice to see. It kind of brings it all back.”

Hudson said his favorite part of running the roadhouse is the family atmosphere.

“It’s a family. When you come in, everybody is hugging each other,” he said. “Our customers become like family, we’ll all go out and do stuff together. I’ve never been to a place like that. It’s pretty neat.” 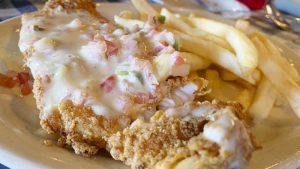 Celestine, who has been a general manager at several restaurants in Beaumont, said the morale at roadhouse is unparalleled.

“You can come in on any day and know half the people in the restaurant,” he said. “They come in and they want to tell you about their day. I love that personal approach to it. They’re family here, not just another receipt number.”

You can stop by and order Perry’s favorite combination — an old fashioned spirit, green tomatoes, ribeye and a hot fudge pie. Or try Hudson’s specialty items by starting with the famous alcoholic Gully Washer, 4×4 appetizer, a bowl of gumbo, border catfish and white chocolate bread pudding.

It took an executive session, but Port Arthur officials are set to finalize engineering contracts for diversion of floodwaters into... read more