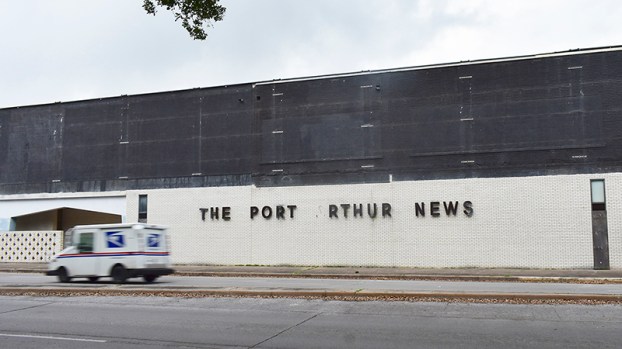 A timeline has been established for the revitalization of the former Port Arthur News building at 549 Fourth St. in Port Arthur, but the cost is higher than originally projected.

With the help of a large federal grant, the Port Arthur Economic Development Corporation is leading a $7,249,999.83 revival of the building into a community and business development center, including small businesses, EDC offices, a city emergency operations center and a culinary center for Lamar State College Port Arthur.

The Port Arthur City Council approved the transformation of the facility last week.

“I’m satisfied that we moved on it,” Mayor Thurman Bartie said. “I’m for the construction of it so we can get it completed. We can further enhance what Motiva is doing downtown.”

SETEX Facilities & Maintenance LLC, which will perform the renovations, estimates the college’s portion of the facility will be completed by Jan. 15, 2021; the emergency operations center by Jan. 31 of that year and the remainder of the building — which the EDC is nicknaming the “Press Building” — by Feb. 15. Those dates are pending a March 1 “Notice to Proceed” date.

“I enjoy all of this because I’m a lifelong resident of Port Arthur,” EDC deputy director George Davis said. “To see this from start to finish is a real blessing. It’s like I came in at the right time.”

The EDC applied for a $2.4 million grant from the Economic Development Administration in March 2018. It was estimated then the project would cost $3 million with some matching funds from the city.

“When we went in to do the renovation, we found some things we weren’t aware of,” EDC director Floyd Batiste said. “Construction costs went up because of everything that was going on.”

Among the recent discoveries was that the concrete was layered, Davis said.

The EDC received $4.7 million in EDA grants, Batiste said, with his entity putting in $1.175 million. Following demolition and estimation of additional costs, the EDC will inject up to $1.6 million toward costs.

The two-story, 40,000-square feet building will include 10,000 feet to be used for Lamar State College’s culinary hospitality training center. The emergency command center will utilize 8,000 square feet, with the remainder for small business workspace, where entrepreneurs can rent office or desk space, giving them a more professional atmosphere than working out of their own homes, Batiste said.

The “Press Building” will include three kitchens, two of which the college will use for cooking and baking, according to Batiste. Another kitchen will be commercial for those who want to cook their own food to rent out and use.

Batiste expects the first floor to include wide-open space upfront for networking, a few offices and conference rooms for short-term leasing. The emergency operations center and year-round tenants likely will be located on the second floor.

Batiste estimates 15 to 20 offices will be used. A large camera that was placed upstairs will be displayed downtown, he said.

“I think it will bring a different perspective of people and students and people involved with emergency management down here,” Batiste said. “It’s a mixture of everybody. We’re trying to create a very sophisticated business district here. This should add to what is currently being done by Motiva.”

A man who told police he was stabbed when two men tried to take his motorized bicycle is not filing... read more