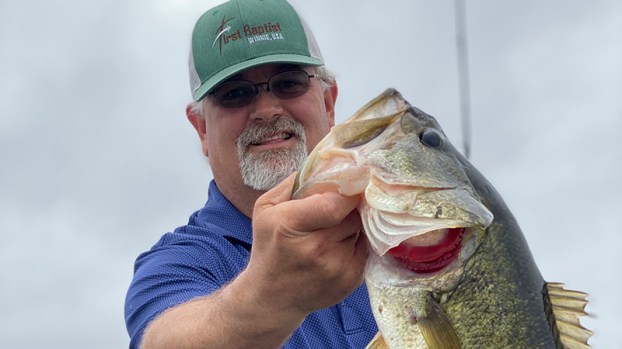 I may not have the spare time to become a great fisherman, but I can adopt some of their qualities to improve. (Courtesy photo)

The past few years, I have become more and more interested in bass fishing. I have watched several fishing shows on TV, followed tournament results and even had the chance to visit with some people who made their living in the fishing industry. I have been trying to figure out why the great fishermen seem to be in a league of their own.

When it comes to the tournaments on Sam Rayburn and Toledo Bend, it seems like there is only a small group of contenders and everyone else is just hoping to get lucky and contributing to the pot. Although I am not anywhere close to an elite fisherman, I think I have figured out what makes the great ones great. Below are a few of my observations.

1. Great fisherman have laser-like focus. This is true in fishing as in every sport. The very best are almost always extremely focused. They pay attention to their environment and are well aware of what is happening with every cast. These are the guys who get five bites and catch five fish. It isn’t often that they are caught off guard when a fish strikes. They are always ready.

2. Great fishermen are intentional. Everything these fishermen do is for a purpose. There is so much thought that goes into every decision that it is almost unbelievable. They don’t just tie their favorite lure onto their favorite pole and head to the water. Rather they use the line, reel, rod and bait that all work together. They do different things depending on water clarity, available cover, weather patterns etc. These fisherman understand rod taper, rod action, gear ratios on a reel, line stretch and rod sensitivity and they use this knowledge to give them an edge. In fact, they often change the hooks on brand new lures to intentionally fit their personal needs. With these guys, absolutely nothing is an accident.

3. Great fishermen spend time scouting. I have been guilty of showing up to the lake and stopping at the first place that looked good and starting to fish immediately. That isn’t the way most tournaments are won. The greats spend lots of time graphing and locating fish in deep water. They can tell you roughly how many fish are holding in an area and even how big of fish to expect. Yes the greats fish shallow as well, but you can bet there is a deeper creek or drain nearby that the fish are traveling.

4. The best fishermen fish A LOT! The guys who are always catching fish on Rayburn and Toledo know it like the back of their hand. Many of them grew up fishing as kids and have fished these lakes their whole lives. If you tell them fish are in 8-foot-deep water next to a 3-foot-deep flat, they know where to find that. If you say they are in the main lake on humps, they know where those are also. Most of the greats fish so much that they stay on the fish throughout the year and seldom have to start from scratch when finding fish. They either start where they caught them last week or the last time the conditions were similar. When it comes to fishing there is nothing that beats time on the water and experience.

5. Great fishermen have a “milk run.” A milk run is basically a set of locations that are marked on a chart plotter and that generally hold fish. These can be humps, points, drop offs or brush piles. In the case of Rayburn and Toledo, they are often man made brush piles that were created by the fisherman themselves. Very few people will know these spots and they often hold lots of big fish.  A fisherman with many marked locations will simply go from spot to spot until he finds fish. He may catch one at each spot or may catch a pile at one spot.  If unsuccessful, he simply moves to the next location without wasting time.  Although it is not always the case, when you think of 30 plus pound stringers of bass, think milk run. It is highly unlikely that these weights were caught off of random bushes while casting toward the bank.

As you can tell, it takes a great deal of work and preparation to be a great bass fisherman. The Bible says in Proverbs 14:23 that all hard work brings a profit but mere talk leads only to poverty. Make no mistake about it, the ones who are cashing the checks aren’t just lucky, they work hard. If you are like me, and have a job, it is hard to dedicate all of the time and resources necessary to be a truly great fisherman. In fact, I have accepted that I may never be a great fisherman but that doesn’t mean I don’t want to improve. This year I am going to work on number 4! Join me in my efforts and let’s stop talking and start fishing more!

Brian Johnson, originally of Port Neches, is pastor of First Baptist Church of Winnie, owner of DuckDogTrainer.com and outdoors writer for The News.