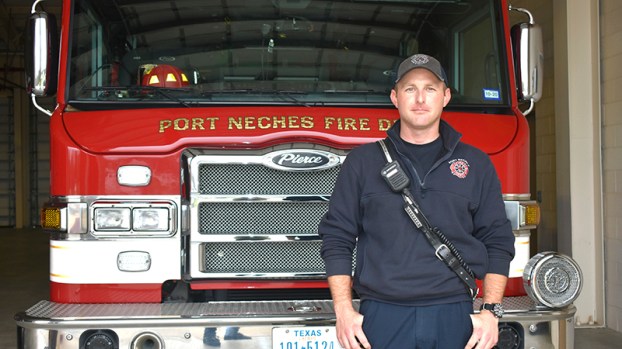 PORT NECHES — Jacob Monceaux seems to have firefighting in his blood.

As a volunteer, he gained experience and decided he wanted this as a career. He’s now been at it more than 11 years.

Monceaux has seen a lot in his time at the fire department, including a massive blaze at a three-level home in excess of 10,000 square feet that belonged to well-known cardiologist Dr. Pradip Morbia in October 2009.

Monceaux had been a firefighter almost a year when the blaze occurred. He and three other firefighters went inside, got to the second level and smoke was at the ceiling. There was no fire on this level at the time, as it was believed to be on the top level.

The situation changed quickly and within minutes the fire was coming through the roof as the situation became more dangerous. 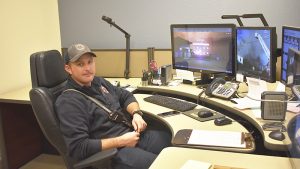 Port Neches Fire Capt. Jacob Monceaux has seen a lot in his 11-plus years as a firefighter. (Mary Meaux/The News)

“I could feel the heat through my gear,” Monceaux said.

About that time the evacuation horn was sounded, signaling all firefighters must get out — and they did.

“I looked back at the first floor, where we came in and it was on fire,” he said, adding that in their exit they had to leave a hose line that had become stuck.

A minute or so after they escaped, the second level collapsed onto the first level.

Monceaux was not at the fire station last year in November when the TPC Group facility exploded but he heard it from his Groves home. He knew from the sound that it was not a transformer blowing something way more serious so he rushed to the station.

“Early on, we were evacuating people nearby,” he said, explaining that they went door-to-door knocking on doors in close proximity to the plant.

As the emergency progressed, a joint unified command was established. Monceaux said he is familiar with some of the TPC workers because they took part in fire and hazmat training at Texas A&M University together.

“He is very dedicated to our department and is also a volunteer [firefighter] in Groves, which shows he is dedicated to supporting his community,” Nelson said. “He’s a dependable guy, and any time you need him, he’s available. Just an all around good guy.”

When Monceaux is not firefighting, he enjoys playing golf. He also does woodworking and has built a couple of computers for himself.

PORT NECHES — John Guerrero has been in the automotive industry for more than 26 years. The Port Arthur native... read more