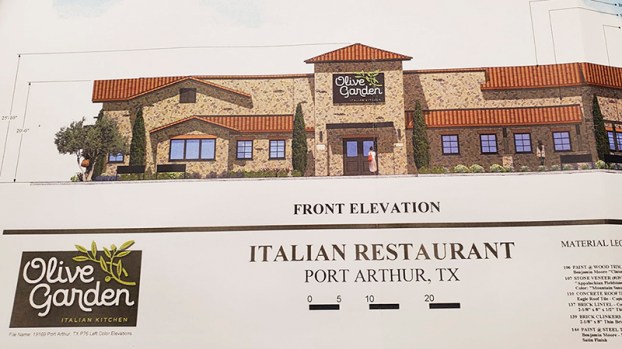 Port Arthur may be getting an Olive Garden Italian Kitchen.

The proposed development passed the first of a series of requirements beginning with the city’s Planning and Zoning Commission, which on Monday approved a site for construction.

Commission Chairman Fernando Ramirez said Olive Garden is planning to build one of its larger models in the chain on three acres of land, two of which will be for the restaurant with the final acre for parking that would hold 130 cars.

The location will be off the U.S. 69 feeder road next to Tequila’s Mexican Restaurant near Central Mall.

Ramirez said the next step is for the development to go to the city’s engineering department and other city departments, then back to P&Z and, if approved, the final step would be city council approval.

The City of Port Arthur is seeing a boon in building with work being done in downtown Port Arthur by Motiva Enterprises, several refinery expansions as well as work at liquefied natural gas plants in Sabine Pass.

“This along with Motiva’s investments is another shot in the arm for Port Arthur,” Ramirez said.

There will be construction jobs, of course, as well as employees needed for the eatery when construction is completed.

“This is a boost for Port Arthur’s economy but not only Port Arthur but Southeast Texas as well,” Ramirez said.

Should parks be sold? Port Arthur planning to rehabilitate others if voters approve

The city of Port Arthur is planning to sell six of its 35 parks and hopes to receive funding to... read more