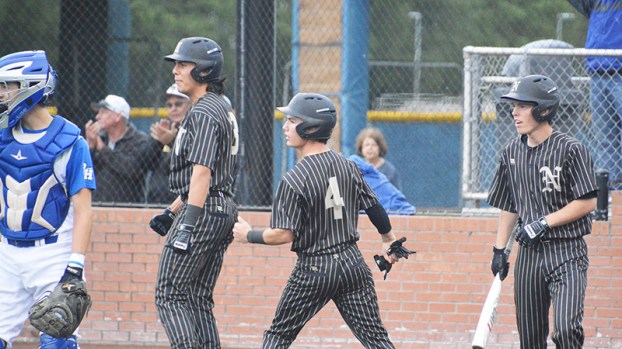 Bryan Spell says the Nederland Bulldogs baseball team is in the midst of figuring out where all the pieces of their roster are going to fit. That’s always the fun part though.

“We try to set our mark on March 17 when district starts,” Spell said. “That’s when we want to be ready. We’ve got some competitive guys. In Nederland we’re in a situation where we’re going to have some talent, and figuring out where that talent is going to fit is always the fun part.”

Like the rest of the area’s teams, the Bulldogs have been doing their best with rainy weather, getting in practice when they can. Spell said the team hasn’t yet missed a scrimmage inning, and for a sport he says is all about repetition, that’s very important.

“We’ve been indoors some days, but we’ve tried to take full advantage of any day we do get outdoors,” he said. “I think we’re like most everybody who have grass fields, when you get a chance to get on it you’ve got to take advantage.

“We are just trying to create an opportunity for our players to get as many consistent quality reps as possible here in the early goings.”

“We absolutely believe we have some talented players, and if we can do things when it matters the most and find a way to do it in those tight spots, clutch hitting, making the routine play, then we can be successful,” he said.

Among Nederland’s pool of talent is Kamden Grant, a returning outfielder who was a relief pitcher last year, and whom Spell is hoping will lead the Bulldogs as a senior.

“We look for him to step up his role in our pitching staff as the only senior pitcher we have,” Spell said. “We hope he can spearhead that group. He’s a talented guy, very competitive, mentally tough, and we’re excited to see how he develops as the year goes along.”

Returning junior Dylan Romero is also expected to take the mound this year. Romero will also play shortstop and Spell says he’s had an excellent offseason.

Among other seniors, Brock Holton, who was Nederland’s designated hitter last year, will be first baseman and has also had a good start in scrimmages.

Samuel Wille, battling for a spot in the outfield, is someone Spell said competes hard and plays the game the right way.

Junior returners include Corbin Chandler, who will start as catcher.

“You can see the amount of work he’s put in from last year to this season,” Spell said. “He’s improved as the season went along last year, but I think he’s invested quite a bit of time in the summer and really looks good behind the plate. He did some good things for us offensively last year.”

Jackson Evans, another junior, is starting to come into his own as a player after recovering from an arm injury, and Ryan Bell, also a junior, threw some pitches last year and will be looked at to help on the mound this season.

“So we have some guys returning that we think will give us a chance to be very competitive,” Spell said. “I think the big thing is that we just have some unproven arms on the mound. We’ve got some young arms in our freshman class, and a couple of sophomores that we have looked at that we’ll find out about hopefully in the coming weeks.”

Nederland was taken out in the regional semi-final last year by Magnolia West, and while playoffs are still a distant concern for the Bulldogs , Spell concedes the competition in District 21-5A will be as fierce as always.

“This area is full of good baseball, lots of well coached teams,” he said. “I think there’s lots of opportunity with the academies around here, kids are playing quality baseball, not just in Nederland but everywhere. It’s fun to go compete against local teams. I don’t know where we’re going to end up but hopefully the kids are focused on what’s in front of them today.”