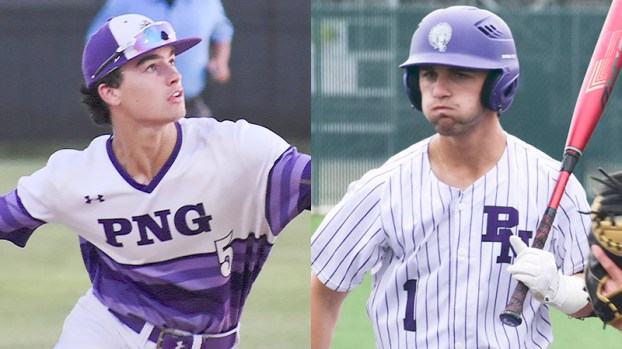 The Port Neches-Groves Indians aren’t enjoying the recent weather, but its not stopping them from getting to practice on their turf field, coach Scott Carter said.

“We’ve practiced every day. We try not to miss a day,” Carter said. “We have an all turf field, so if it rains all day, we still practice in the afternoon. We’ve been very fortunate with that — our school board administration has taken care of our program to the point that we get a lot of opportunities to get outside. But battling this cold weather has been kind of tough.”

The Indians return several starting juniors and seniors from last year’s program, including senior pitcher Khristian Curtis and senior outfielder Carson Roccaforte, who have both signed to play baseball for Division I colleges earlier this year.

Curtis signed with Texas A&M and Roccaforte signed with the University of Louisiana at Lafayette. Returning catcher Ryan Sosa was the defensive MVP for District 21-5A last year and second baseman Dean Guidry, who was named All-District last year, also returns.

Junior Blake Bost, PNG’s starting quarterback, will also return as starting left fielder and is another of PNG’s returning all district players.

“Last year we had a good run,” Carter said. “We’ve had some good years here, we have good kids, I enjoy our program, the kids work hard. We have a quality program.”

Curtis also plays basketball, though Carter says none of the other sports disrupts his team.

“Curtis loves basketball, and I’m a firm believer in kids playing multiple sports,” Carter said. “If a kid wants to play multiple sports, they should be allowed to. We want them to have the opportunity to do as much as they want to do.”

If the weather permits, the Indians will hold their first scrimmage against West Brook at 4 p.m. Monday at PNG.

“The kids are excited to get it started,” Carter said. “I know they’re ready to play somebody else.”

While the season is still early, Carter believes his team playing coming together quite effectively, thanks in part because his players already get along so well.

“I think this team has a good chance to have really good team chemistry and have a good run if they want to,” he said.

“It’s going to be up to the kids to determine how they come together as a group, as long as we play together and do the right thing. This group of kids seem to really like each other. If that continues to grow and develop throughout the year then it’s going to be a good year.”

This will be their strength as the Indians face another year of stiff competition from District 21-5A opponents, Carter says.

Last year PNG was knocked out of the third round (5A Region III quarterfinals) of the playoffs by archrival Nederland.

“Our district is always tough,” he said. “Nederland has a great program. Barbers Hill does a good job, as does Dayton. Year in and year out you don’t know what you’re going to get from these teams — everybody tends to have a really strong baseball program.”

Carter has the Indians focusing on improving on the smaller details right now. He says he wants the team to make sure to do the little things right.

“Right now we’re trying to find a good day to get in and work on some bunt coverages and pick-off plays,” he said. “We’re able to work on hitting every day and fielding every day, but the little things are what’s important.”

The Lamar State Seahawks won’t be taking Saturday’s game against Victoria College lightly. “In this sport there’s a lot of... read more