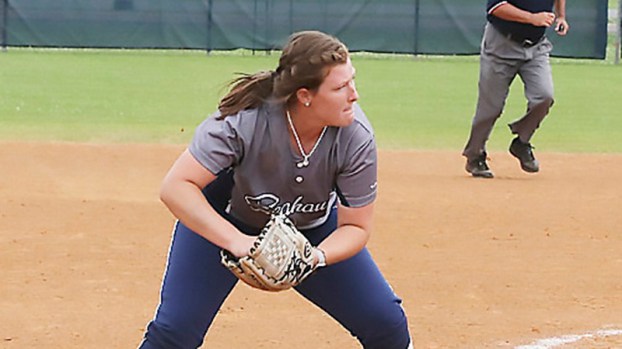 “We work very well together this year,” Hunt said. “We have all the key parts. Last year we had good people here and there, but this year we have a player for every position. Everyone’s good.”

The Lamar State softball team began its season last weekend, playing against four-year colleges at Texas Lutheran University’s Seguin Tournament, and though the squad didn’t come back home with a win, they came back with new knowledge about themselves, coach Vance Edwards said.

“We played teams that were much better than us,” Edwards said. “It was a learning experience for us, but there was a lot of positives to it. We figured out that we could hit good pitching, we could play defense and we could compete at a higher level. This coming weekend, I hope we can put it all together and be more successful because we’re going to actually play junior college teams.”

It won’t be a time to relax for the Seahawks though. February is the Seahawks’ busiest month as they play in as many tournaments as they can to get ready for the start of Region XIV games in March.

“We’re going to play some competitive games against teams that we should compete against, and we’re going to see exactly where we stand,” Edwards said. “I think we’re more athletic than we’ve been in the past. Britni emphasized that we’re athletic in every position and that helps us. We’re small in numbers but we have athletes that know how to do what it takes to win, so that’s good for us. We have a common goal too — to be successful and make the tournament. So everyone’s actually bought into what our goals are, especially the young players.”

Hunt herself is learning to take a leadership role.

“Last year we already had vocal leaders on the team, and this year you have to be the vocal leader, no one else is going to do it,” she said.

Edwards says his team learned they could compete last weekend, but still needs to remember the lesson as the season progresses.

“We’re working on knowing that if we can get down, we can finish a game,” he said. “This past weekend we kind of took plays off, took innings off, and we’ve got to find out that we can work through those innings and have a complete seven-inning game. That’s our goal to compete for seven innings. We’ve just got to put it all together.”

It would, of course, help if the weather would permit the team some time on its own field for practice.

“We’ve only been on the field one time this season,” Edwards said. “That’s why these games are important to us, we get to play and compete against other teams.”

Well aware of the struggles fellow Port Neches-Groves alums Chris Stroud and Andrew Landry had to fight through on their... read more