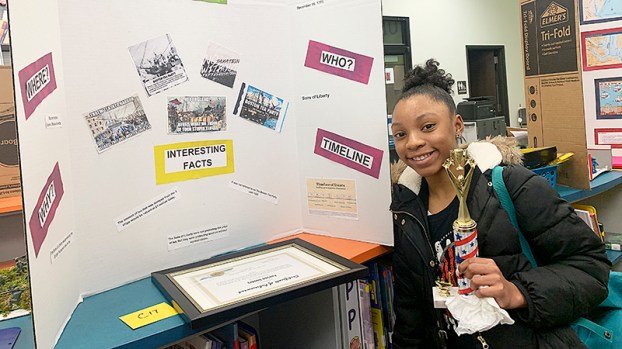 Many school districts across the nation participate in a yearly science fair, but Staff Sergeant Lucian Adams Elementary is revolutionizing the importance of the past by celebrating social studies with an annual history fair.

Principal Cheryl Tripplett said each year there is a district-wide science fair, but she wanted to do something extra to teach the students the importance of the past, birthing the history fair event in 2019. 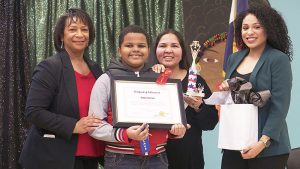 “It was amazing,” she said. “The kids’ faces light up when they are recognized because they see that they are valued and appreciated. Not to mention, the projects will stay on display and students can see them and learn a little bit about history when they walk through.”

“We have projects fixated on real cotton plantations,” she said. “We had one student who did a tribute to Kobe Bryant by building a replica stadium and court. Others did a science trifold that focused on Martin Luther King Jr. One student presented a poster on Rosa Parks and built a bus to go with it. They were all incredible.” 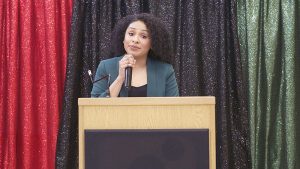 Each participating student’s project is lined up in the Adams Elementary library, but only a handful walked away Friday with an award.

Staff and administration handed out first- through third-place ribbons and trophies to a gaggle of fifth grade students.

Randi Bodden received first place in the States category for his display of New York. 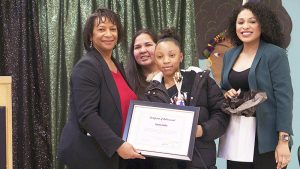 “I felt honored to be invited as a guest speaker at Adam’s Elementary because the school received so much damage during Hurricane Harvey,” Ramirez said. “One of the things I was told by the school principal, Ms. Tripplett, was that the school library was closed for two years. The students, teachers and faculty members experienced a challenging time. Learning all of this made me feel grateful for the opportunity.”

Ramirez is a product of two Nicaraguan immigrants. She relayed the tale of her parents’ journey and the importance of heritage and history.

“I wanted the students to understand where my family comes from and why they traveled to the U.S. for the ‘American Dream,’” she said. “My parents were immigrants and I had the responsibility of representing my family in a positive light. 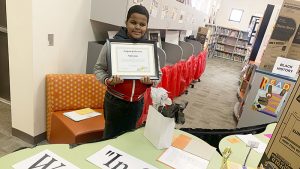 “I am a first generation college student, a Latina who is building a career in journalism and being a voice for my community. I want the students to know that diversity matters and that education is important. I want to be a leader and help make leaders in my community and I want to inspire all races, not just Hispanics.”

A special presentation of the Gettysburg Address by the Adams and Lincoln bands read Artemus Hancock rounded out the festivities.

Before their 31-20 victory over the San Francisco 49ers on Sunday, it had been 50 years since the Kansas City... read more