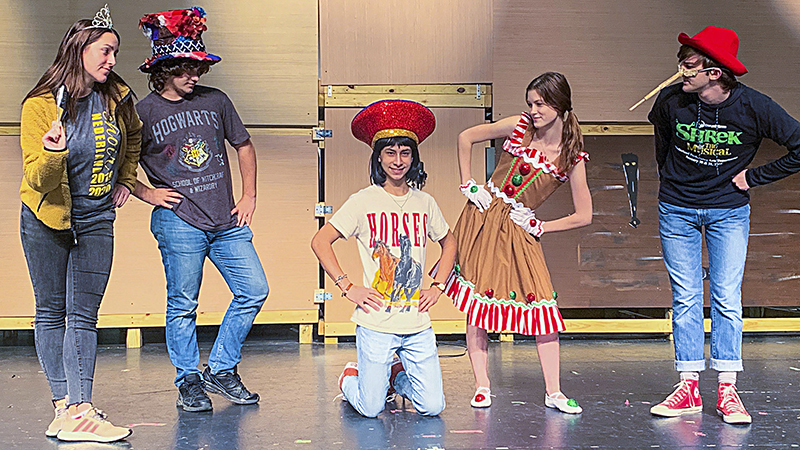 The importance of drama and performing arts in education is significant.

Whether students are performing onstage, designing costumes or running the show behind the scenes, theatre arts is essential for engaging with the creative side of the brain and harboring good habits for education.

It’s no secret that the American educational system’s fine arts departments have been taking a hit for the last several decades.

A study by KM Perform, a school for arts and performances, stated, “only three percent of schools allocated funds for dance in 2009-2010 and only four percent of funds were offered for theatre opportunities.”

Although more than 80 percent of schools nationwide have experienced budget cuts since 2008, large portions of remaining funds are funneled into core subjects, STEM-focused organizations and college readiness programs.

However, in the same study, KM Perform showed students that took four years of art classes scored “a whopping 91 points higher on their SAT tests than those who did not.”

Theatre arts, including drama club, dance, art, music and more have helped decrease dropout rates as students are more likely to be motivated to go to school for a program they are truly engaged in and motivated by.

Statistics over time have showed playing music at a young age helps connects both hemispheres of the brain and memorizing lines for a theatre production helps with effective study habits.

The Rhodes School of Performing Arts emphasized the importance of performing arts in education by listing necessary skills that engagements in the arts provide.

For Roxane Gray, a 30-year veteran teacher of arts education, she said the importance of creative ability goes beyond numbers, figures and education and into teaching children some of the most important life skills — confidence, courage and creativity.

“There are so many things that the arts in general do for our children,” she said. “Unfortunately, the system selling more math and science and cutting back on arts education is probably the worse thing we can do.

“Fine arts teaches students to be brave and find the courage to be themselves. They come to establish a sense of self worth.

In public education, we are lacking the ability to allow children to be creative because these are our future scientists, mathematicians, lawyers, doctors, etc. but whatever they choose to do, the arts gives them the courage to challenge themselves, to critically think, to invent, to create, to find something that is uniquely their own — and that is the most valuable thing we can do for them.”

The importance of drama and performing arts in education is significant, for many reasons, and is something private and public school systems need to continue to call attention to.