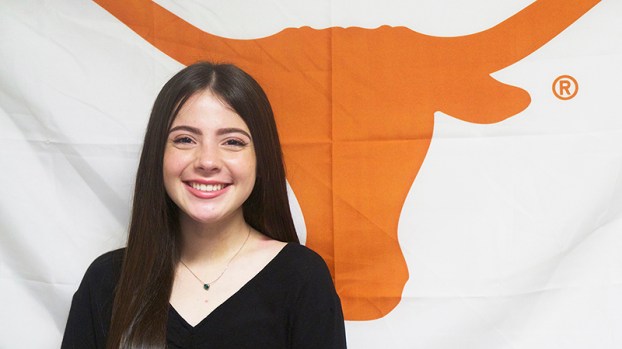 Port Arthur resident Jocelyn Diaz is only 17, but the Bob Hope School senior is already making moves to enter the medical field as a biomedical engineer or nurse practitioner.

“I love science and biology,” she said. “I’ve always been interested in the human body and discovering new things.”

While she is leaning toward attending UT next fall, she said the first thing she needs to do is decide on which career path to take.

“I’m in between nursing and becoming a biomedical engineer because I like interaction and caring for people like nurses do, but biomedical engineering is so different and interesting,” she said. “Nurses help people, but with engineering I can create things and help a whole race by making something important.”

Diaz said her love of caring for people came from her mother, Lilia Figueroa, who taught her from a young age the importance of love and hard work.

“When I was little, my mom was on her own raising me and my two brothers,” she said. “We went to Mexico every summer, we were in this small town and a lot of the people there didn’t have much. We would go around and try to help those we could, even though we didn’t have much ourselves.

“My mom imbedded that nature in me since I was small. I’ve been exposed to it my whole life and I want to have job satisfaction, something I feel I can only get by helping people.”

Although Diaz was born in California, she quickly made herself at home in Southeast Texas settling in at Bob Hope by filling her time with extracurricular activities, sports and leadership roles.

“When I first got here, I played volleyball for three or four years,” Diaz said. “I also joined the Interact Club. I’m vice president for student council and a member of the Texas Alliance for Minorities in Engineering.”

Interact, which is the high school equivalent for Rotary, is a club that brings students ages 12-18 to develop leadership skills, get involved in their community and complete annual projects.

Diaz is currently president of the Bob Hope Interact Club.

“The reason I joined Interact, is because I heard of a club called RYLA (Rotary Youth Leadership Awakening), which is a camp you go to over the summer,” she said. “They have all these leadership activities and you meet a lot of new people. I joined Interact after I came back because I wanted to organize something like that and go into the government of it all.”

Diaz is also secretary for the National Honor Society and an A-honor roll student.

Jessica Pulido, who spends a lot of time with Diaz as director of college transition at Bob Hope, said she is an excellent student, a hard worker and a leader on campus.

“She has a bright future,” she said. “She sets her mind to do something and she accomplishes it. She’s able to anything she wants to do.”

Pulido said she spends a lot of time with Diaz writing essays, filling out scholarship applications and beefing up her resume.

Before graduating from high school in June, Diaz said she wants to increase her SAT score, save money for college and finally decide on a major.

“If I decide to get into nursing, I want to ultimately want to do neonatal, to work with the premature babies,” she said. “If I do biomedical, I want to work in rehabilitation engineering and do prosthetics. It’s a tough choice for me to make, but I just want to help people in the end, whatever I decide.”

Home Free is the world’s first all-vocal country band, and member Tim Foust is an a capella group’s dream with... read more