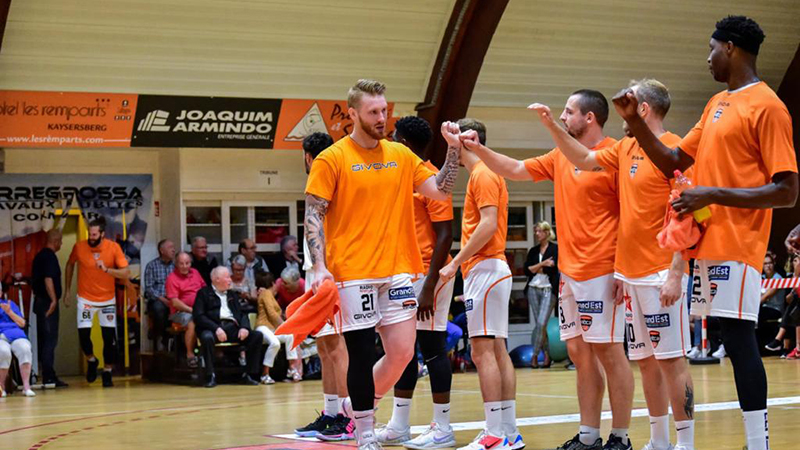 Colton Weisbrod learned something during one of the toughest years of his life in 2019: Whatever you think you’re doing, you could always do more.

“It’s something I wish I told myself when I was younger because I was the kid who thought he was working harder than everybody and was ready for the challenge,” he said. “What I would say is there’s always more that you can do, without a doubt, and the older you get the more you start to realize what you’re capable of.”

Weisbrod, a 2014 Nederland grad who hopped between colleges before making his name known at Lamar University, nearly made it on to the Los Angeles Lakers’ G-League team. He spent the latter half of last year playing basketball in France and is coming back home to figure out what’s going to happen next for him and his family.

Weisbrod found out last year that he still had some growing to do.

“It’s been challenging and if we’re lucky enough to land a good spot and if things kick back up and start going positive again, this will be the year I look back that really made me grow and challenged me in a way I didn’t think I could be challenged,” Weisbrod said. “It’s been dark at times, it’s been great at times, it’s definitely been a roller-coaster. I think this is going to be the year that really forced me to reach that low level, build out of it and get back to that motivated feeling just driving to get back to the top.” 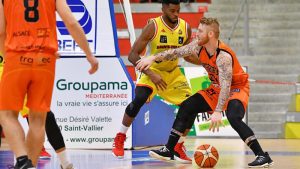 Colton Weisbrod played for Kaysersberg-Ammerschwihr Basket Center Alsace against French teams in the second half of 2019. (Courtesy photo)

His journey began by falling, as he says, into basketball after spending much of his youth devoted to baseball.

“I got into high school, I made the varsity team, baseball-wise, as a freshman, and I kind of just lost love for baseball that year,” he said. “I had a minor shoulder surgery and baseball just kind of stopped clicking for me. I stopped enjoying it and that’s when basketball came in, because lucky enough for me, I’d always been good at basketball. I made JV as a freshman for basketball and then after the first tournament of the season, Coach [Brian] English pulled me up to varsity.”

Weisbrod was a district MVP his junior and senior years at Nederland and was named the 4A Player of the Year as a senior. English called Weisbrod “unguardable.”

His performance in high school landed him offers from several Division I colleges, and he chose the University of New Orleans after developing a solid relationship with Kenyon Spears, the coach at UNO at the time who is now an assistant coach at Incarnate Word.

“He and me are so close to this day,” Weisbrod said. “He was at my wedding. We talk all the time. That’s literally the reason: we built a good relationship. I could be in the middle of nowhere, playing in a small gym at a tournament that didn’t really matter, and he would be there. At the end of the day that’s what it came down to. They were looking for a player like me and everything kind of meshed well. It was a no-brainer for me.”

He met his future wife, Allison Jacks, at UNO, where she also played basketball. When they had their first son, his freshman year, they decided to return home. Weisbrod attended Lamar State College Port Arthur for his sophomore year, where he became MVP of the conference and was the first first-team All-American to come through Lamar Port Arthur.

Weisbrod moved on to Lamar under coach Tic Price. He was first team All-Conference while with the Cardinals, but the basketball itself, the wins and accolades, aren’t usually what he remembers most about his time.

“When I think back to those times, I think about the guys more than anything,” he said. “I enjoyed playing with the group of teammates that I had and there are teammates I am close with to this day that were actually in my wedding.”
His junior year in 2016, after the Cardinals’ win against Arlington Baptist 126-75, his teammates went into the stands just as the clock was running out and found Weisbrod’s girlfriend. They brought her to half court as the school song was sung, where she met Weisbrod. He proposed to her right there on the court.

Those moments, made possible by the friends he made at Lamar, are his best memories.

But there was still growing to do.

After graduating from Lamar, Weisbrod had several successful workouts with G-League teams for the Los Angeles Lakers and the Phoenix Suns, with a real shot at joining the Lakers. Unfortunately no spot was made available for him.

“It was one of those situations I knew was going to be tough going into,” Weisbrod said. “It’s LA. You’ve got a lot of guys in the G-League that are going to be happy just trying to get to LA. I knew the roster was pretty stacked.” 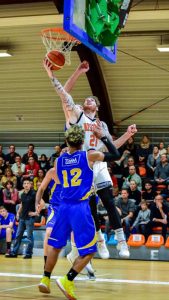 In the summer of 2019, working with a new agent, Weisbrod signed with a basketball team out of France, Kaysersberg-Ammerschwihr Basket Center Alsace.

He got off to a rocky start, suffering a fracture just below his knee that kept him from playing for two weeks. Even so, Weisbrod became one of the team’s three players that played in all regular season games. He averaged 10.9 points, 5.4 rebounds and shot around 50 percent from the floor, he said.

Playing in a foreign country, with a team whose members’ first language isn’t his own, presented even more challenges. Most of the team knew a little English, enough to be able to understand Weisbrod, even if they couldn’t speak much English back to him. Weisbrod relied on recognizing body language most of all.

“You might not speak the same language with someone, but when you’re on the basketball court, there’s a lot you can tell by how someone moves, their body language, their hand gestures, so there’s a lot of things you can pick up on just by that,” he said.

Basketball is much the same in France as it is anywhere else it’s played, Weisbrod said. He did have to adjust to the French referees and learn what their thresholds were for calling fouls.

“Normal fouls that would get called for me weren’t getting called because they were just a little bit more physical,” he said. “They were letting people get away with a little bit more around the basket. That was probably the biggest difference for me, but other than that it wasn’t anything too different.”

Weisbrod was released from KABCA in late December. For his part, the departure came from challenges he had with the team and the coaching.

“It just wasn’t a very good fit with me and the coach and how he coached it and how I play,” he said. “The team struggled, only won three games because of injuries and lack of cohesion. It’s been challenging for the whole team.”

Weisbrod hasn’t made any decisions about what he’s going to do going forward. Basketball is still on the table, but he says he’s open to possible football opportunities as well, or even a return to baseball.

“Depending on what happens these next few weeks with me, I’ve got some things on the table, some family decisions that we’ve got to figure out basketball-wise,” he said. “If basketball never worked out, I like the potential I had in baseball and how natural it was for me. I’ve hit baseballs two or three times over the years and each time it’s been like riding a bike. With how natural it is to me, I’m not going to say I couldn’t see myself doing it, because maybe I do pick it back up and see where it takes me.”

He knows now that he’s not done facing challenges, and that he can always do more.

“You think you’re ready for what’s next but you’re really not, there’s really more that you could be doing and the more you grow the more you start to realize that,” he said. “If you can get that into your head at a younger age, your growth could be exponentially more.”