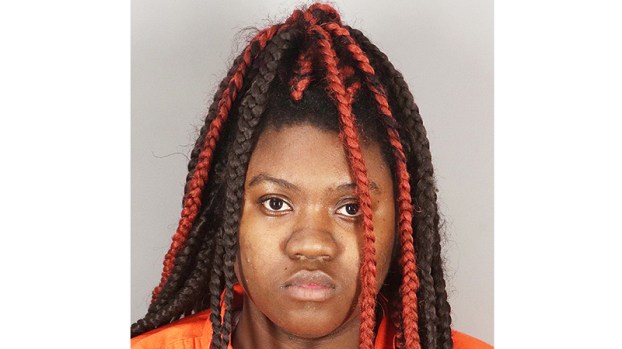 Niece arrested for attempting to smuggle drugs to jailed uncle

A visit to see a jailed family member turned into a much longer stay as authorities arrested a niece for allegedly trying to sneak drugs to her incarcerated uncle. 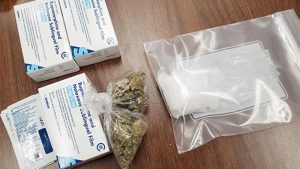 The Jefferson County Sheriff’s Office said this picture shows what was confiscated during a search-and-arrest conducted at the jail on Saturday. (Courtesy photo)

The agent said visitors the next day were going to try to smuggle narcotics into the facility for delivery to an inmate.

According to the Jefferson County Sheriff’s Office, information gathered indicated two females would arrive Saturday to visit one of their jailed uncles.

One of the females, identified as the niece, was expected to have methamphetamine, marijuana and suboxone.

A description of the niece and her vehicle were given to investigators.

Police said at 12:06 p.m. Sunday, two women drove onto the facility and walked inside the prison for visitation processing.

A Sheriff’s Office K-9 conducted an open-air sniff of the car and made a positive alert for the presence of narcotics in the car, police said.

“The females were detained and questioned,” a Sheriff’s Office release said. “The niece, identified as 24-year-old Myisha Davis of Orlando, Fla., gave deputies consent to search the vehicle.”

JCSO Detectives arrested Davis, who was booked for two counts of possession of a controlled substance.

The other female was released, according to authorities, who said the investigation continues.

Police are looking for the men who robbed customers at gunpoint at Luxury Game Room on Monday. Details are sparse... read more