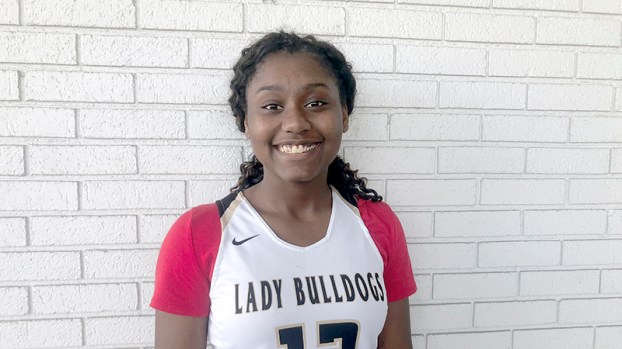 Alexis Bobb originally didn’t even want to play basketball like her older sister had.

Her father signed her up when she was in the seventh grade anyway, on a team he was coaching, no less.

“I was nervous,” Bobb said. “In the beginning I was like ‘Why did he sign me up for this? I did not want to play basketball.’ But then after I hit the court, I was like ‘I figure I can do this, I’m going to keep going with it and see how it goes.’ And I fell in love with it after a couple of games.”

She jumped to junior varsity as a freshman and then joined the varsity team at Nederland High School as a sophomore. Now a junior, she’s making a name for herself, scoring 12 points and grabbing two rebounds and two steals in the Bulldogs’ most recent game against Vidor on Friday. For her performance, Bobb is The Port Arthur News Girls Player of the Week.

“I dropped 15 points for the first ever game I played and I had a lot of steals and a lot of breakaways,” she said.

Defense is one of her strengths.

“I can be a very big defender on certain people,” she said. “Mostly cutting off people, because blocking is not really a big thing, height-wise, for me. But mainly it’s not giving them baseline if they’re in the corner, or stopping the ball from coming in the paint. I like to keep them out by the three-point line and I do not let them in at all.”

She’s continuing to work on ball handling and shooting behind the three-point line.

“I’m getting a lot better in jump shots,” she said. “That was my main thing because I would either shoot too hard or shoot too soft or turn my wrist to where the ball would turn in a different direction, so I had to practice on that a lot.”

The Bulldogs continue their district run by hosting the archrival Port Neches-Groves Indians at 7 p.m. today.

Port Neches-Groves graduate Wade Phillips announced Monday on Twitter that the Los Angeles Rams would not renew his contract as... read more