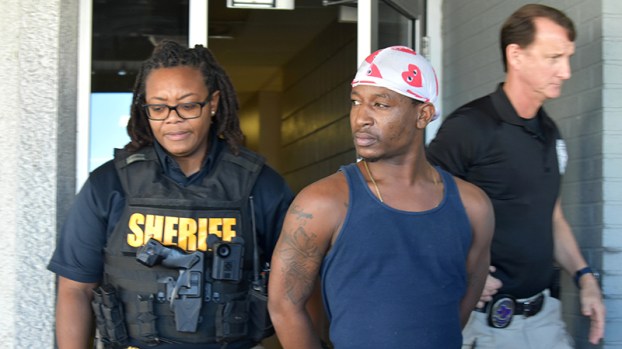 A man wanted in connection with assaulting and robbing a clerk outside a game room on Christmas Eve was arrested Tuesday, police saying he was found hiding in a kitchen cabinet in a relative’s home.

“Officers had been looking for him continuously,” Hebert said.

A Crime Stoppers tip lead to the suspect being identified.

Hebert said PAPD investigators along with the Jefferson County Sheriff’s Office’s Warrant Division and the U.S. Marshals worked on the case and it was the Marshals office that found the suspect’s location. 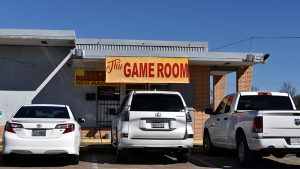 A Port Arthur man was arrested Tuesday for the Dec. 24 robbery of a clerk at Thu Game Room on Ninth Avenue.

Bailey was quiet as arresting officers led him to a waiting police car to be brought to the Jefferson County Correctional Facility some time near noon Tuesday.

The game room robbery happened at approximately 6:52 p.m. Dec. 24 at Thu Game Room in the 1300 block of Ninth Avenue.

A female clerk had stepped outside to smoke when a man approached and struck her several times during the robbery. No weapon was used.

Hebert said the suspect struck the clerk several times in the face with his fist.

The clerk was injured and Acadian Ambulance was called to the scene but the victim did not go to the hospital. She is recovering, police said.

Hebert noted a Crime Stoppers tip is what led to the identification of the suspect and in turn, the arrest.

Police said the homeowner will not be charged.

Funding for the improvement of Port Arthur’s streets will be allocated in proportion to the needs of each district. The... read more