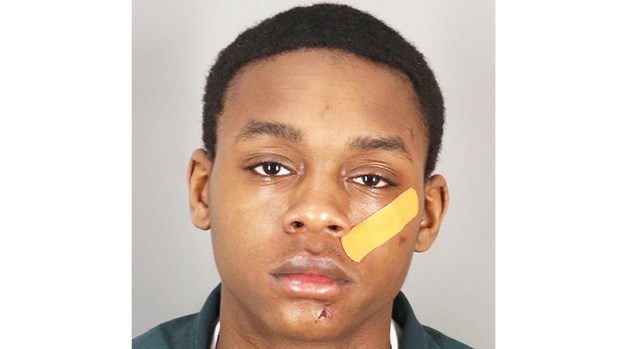 3 arrested — including 2 juveniles — following chase from Nederland to PA

Three Port Arthur residents, two of which are juveniles, reportedly led police on a chase in a stolen vehicle through several cities before being apprehended Friday morning.

The vehicle, described as a 2014 black Dodge Durango, was reported stolen at 8:21 a.m. Police did not specify where the vehicle was stolen from, only that it was in Port Arthur.

About an hour later at 9:25 a.m. Port Arthur police were called to the 4000 block of Fourth Street to check for the stolen vehicle. The information was called in by an operator of the vehicle’s GPS system, U-Connect, which was giving dispatch the stolen vehicle’s location as officers tried to find it, according to Det. Sadie Guedry.

The Durango was eventually located northbound on U.S. 69 near the Jefferson County Correctional Facility and the pursuit began when the driver failed to stop when officers attempted to make a traffic stop.

The suspect vehicle exceeded speeds of 60 mph and was reckless through other traffic in the area, she said.

The chase went through Nederland and Port Arthur and eventually came to a stop in the 800 block of Foley Avenue.

Guedry said the vehicle came to a stop because it couldn’t go any further, meaning the street ended.

That’s when the three people in the stolen Durango bailed out and ran but were quickly apprehended.

The adult passenger, identified as Charles Mosely, 17, was arrested for unauthorized use of a motor vehicle and evading arrest/detention.

Guedry did not give the ages of the two juveniles charged in the same crime but said they are males and from Port Arthur.

They were arrested and brought to the Minnie Rogers Juvenile Justice Center.

JCSO: That phone call about your arrest warrant is a scam

Port Arthur and Mid-County residents who receive phones calls about arrest warrants in their names might not be in as... read more