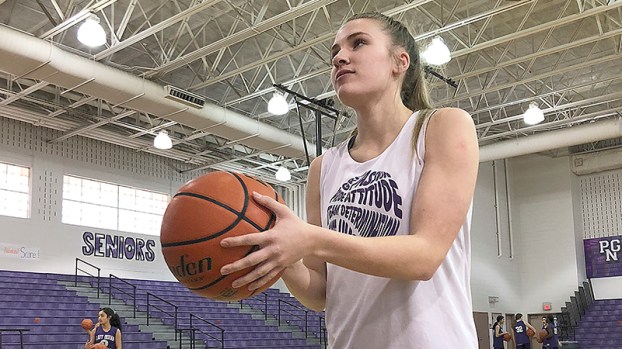 Mollee Priddy put up a season high 29 points for the PNG Indians at the Brazosport Tournament over the weekend against Galveston Ball, which ended in a 43-40 win for PNG. She also had 17 against Channelview (a 43-40 win) and 18 against Terry (a 52-49 win) to nab third place at the tournament.

The next day Priddy came down with the flu.

“It actually just hit me like a truck the day after,” she said.

By Monday she was already feeling better, quick relief for the All-Tournament selection and consistent high scorer for the Indians. She is The Port Arthur News Girl Player of the Week.

“Mollee understands how to get to the basket, and a lot of times ends up not only just scoring off the drive and off the dribble but picking up a foul as well,” Skinner said. “So that puts her well on her way to 29 points when we’re getting those calls and that kind of penetration into the lane.”

One thing that drove Priddy to keep scoring against Galveston Ball: Determination.

“That was the team that knocked us off in playoffs last year,” she said. “I knew that I just really wanted to beat them this year. I didn’t want them to take us down again. So it just took a lot of determination, heart and effort.”

Her consistency helps in this regard. Skinner says Mollee is used to playing all four quarters with the same intensity.

“Mollee hardly ever comes off the floor,” Skinner said. “If there was a chance or a time Mollee is fatigued, she’s selfless in that she’ll tell me, ‘Coach I need a break,’ and we’ll get her out and she’ll grab some water and she’s right back in, but that is a very rare occurrence.”

Priddy worked hard to stay in shape, saying she did so to be there for her team during all four quarters.

Such shape allows her to put up consistent shots, such as the four three pointers she made against Galveston Ball. Priddy’s three point shot is “second to none,” Skinner says.

Priddy believes she can get even higher.

“I definitely think I can keep improving on different things on the court,” she said. “I can definitely see the court a little bit better, and I still think my shooting can improve a little bit. I think once those things improve, it will just keep on going up from there.”

Second half, second wind – Seahawks season heats up against Cardinals

The Lamar State Seahawks are no strangers to the Trinity Valley Cardinals’ basketball prowess. The Cardinals played in two of... read more