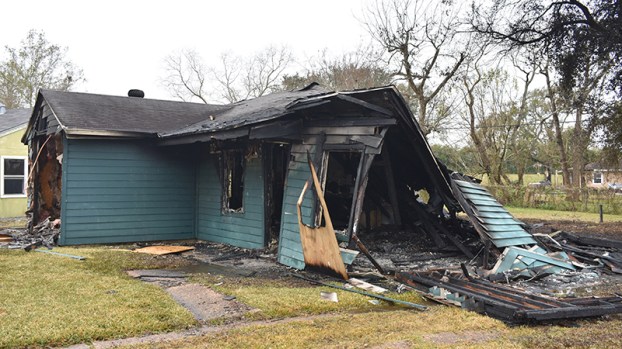 A vacant house at 2615 31st St. in Port Arthur burned down Wednesday afternoon. Port Arthur Fire Department learned two males were seen at the house at the time of the fire. (Mary Meaux/The News)

Port Arthur Firefighters battled what was likely their first blaze of the year at a vacant house Wednesday afternoon. 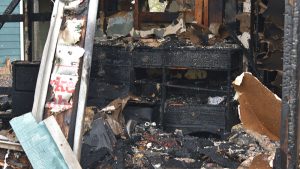 A view inside one of the rooms of a vacant house at 2615 31st St. that burned down on Wednesday.

In addition, two men were seen in the area when the fire began.

Port Arthur Fire Chief Larry Richard said the house had been vacant since Hurricane Harvey and there were no utilities active to the home.

The house is a total loss and the cause is under investigation.

There is a possible clue.

Witnesses saw two men in the area when the fire started, Richard said.

The neighborhood where the fire occurred was hit hard by Hurricane Harvey’s flooding with some homes seeing as much or more than four feet of water. A home next door to the burned one is also empty and has been for some time.

A detached garage in the back of the 31st Street home did not appear to be damaged.

County Commissioner Precinct 2 Brent Weaver announced he will not be seeking re-election for a fourth term, opting to retire... read more