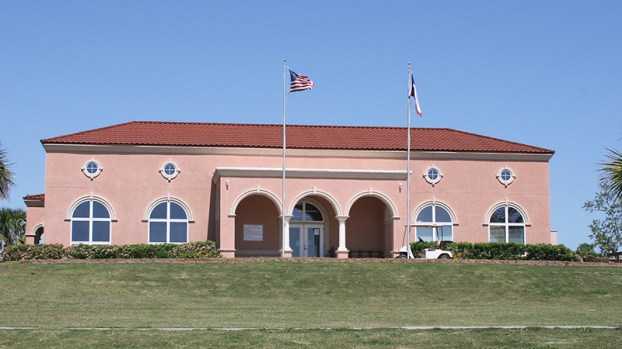 The Palms at Pleasure Island opened in about 2003 but hasn’t been in operation since Hurricane Ike impacted the facility in 2008. (Courtesy Port Arthur Convention and Visitors Bureau)

But commission member John Beard said Monday the board voted recently against spending out of the city of Port Arthur’s Pleasure Island budget.

“The board didn’t vote ‘no’ on fixing it,” Beard said. “The board just voted on the expenditures, because we don’t have the funds to do it. It’s important for us to improve our financial standing to bring revenue to Pleasure Island.”

Pleasure Island director Jimmy Dike informed the city council last week that the total cost of renovating The Palms was estimated at $172,000 — $96,200 of which was to maintain the course’s building. The Pleasure Island Commission, Dike said, has spent $29,000.

Pleasure Island experienced a shortfall of $267,081 in the 2018-19 fiscal year budget and had $296,124 in working capital when its 2019-20 budget was adopted in October. Dike attributed the loss to a $400,000 project to replace the bulkhead, or the watershed retaining wall, at the Pleasure Island boatyard, with the city loaning money toward it.

“Every time we get money in reserve, we go for a grant that will go to something for everyone,” he said.

The Palms first opened in or about 2003, Dike said, and was flooded during Hurricane Ike in 2008. The floodwater contaminated the greens but the building remained in good condition.

The city has always leased The Palms for operation rather than take on operation, Dike said.

“As the Palms got more popular, the number at the Babe [Babe Zaharias Municipal Golf Course] was going down,” Dike said. “When the hurricane came and took out the barn, it took out the irrigation pump station and contaminated the course, the sand traps and everything. After the course closed down, we actually leased the building to a firm that tried to use it as an events center, but that was unsuccessful.”

Maintenance crews control the climate and place mothballs inside the building so it doesn’t mold or build up moisture.

“The building is in great shape,” Dike said.

City council members have shown interest in restoring The Palms. Councilman Thomas Kinlaw III, for one, called The Palms “a diamond in the rough.”

“We knew we would have to take a chance as a council,” he said. “Not everyone can afford the [Bob Bowers] Civic Center for the price and the size of it. They want small, intimate-type settings. That building you have out there is a gold mine. If we don’t try to take advantage of it, I think we’re doing a disadvantage to it.”

In April, Port Arthur native and Houston developer Kerry LaGrone told the city council he would like to secure upward of 300 acres on Pleasure Island, with revitalization of The Palms among his plans. LaGrone could not be reached Monday, but Port Arthur City Manager Ron Burton and Beard indicated LaGrone is still interested in Pleasure Island.

Burton said the city is willing to fund the revitalization of The Palms as long as a plan for leasing the complex is formed.

“We’re open to anyone,” Beard said. “We’re not open to any one developer. We’ll take all comers and do what’s best for the island and the city. Since [LaGrone has] been the one to come to us, we definitely want to pursue those things with him.”