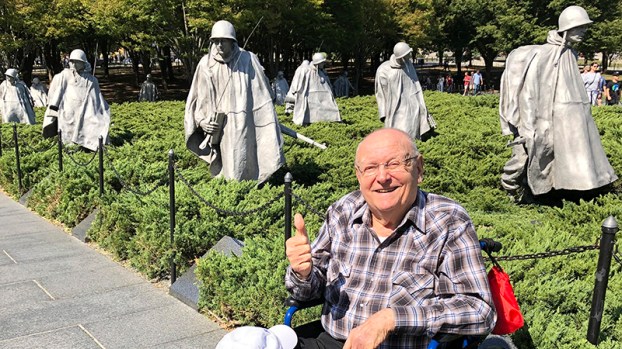 During the 1970s and 1980s Pruitt headlined a show bearing his name showcasing local country-western talent during the annual Nederland Heritage Festival. This morphed into the Charlie Pruitt Country Music Show held at the Jefferson Theater in Beaumont with sold out seating.

Pruitt, 87, died Dec. 11 in The Woodlands. A memorial service will be held at 2 p.m. Sunday at First Baptist Church of Nederland, where his contributions to the local country music scene, and his being a loving father, grandfather, friend and Christian are not forgotten. 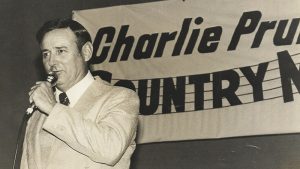 Charlie Pruitt hosted a country music show that started at the Nederland Heritage Festival and morphed into a sold-out event at the Jefferson Theater. (Courtesy photo)

Pruitt was born to a family of sharecroppers in White County, Arkansas in 1932. During wartime when he was about 8 years old his family moved to Houston, where his step-dad worked as a welder building ships. Young Charlie got a job, as well, daughter Charla Smallwood said. He would ride his bicycle to the coliseum, where he would sell peanuts at different venues, “might make a nickel” and had the ability to remember years later what treat he spent his earnings on.

Pruitt also spent time in the U.S. Army during the Korean Conflict, entering the military three days after the war was over.

Pruitt loved music and had some talent — he would provide entertainment at his Sunday School class and was known to sit around a campfire and sing. He even tried his luck in Nashville but didn’t hit it big so he decided to come back and provide a venue for folks who wanted the opportunity to perform in a family friendly setting.

During his life he worked at a refinery job, spending 38 years with Mobile and DuPont.

“From a very meager beginning he carved out a very good life for himself and his family,” Smallwood said.

Doug Childress was one of several individuals who worked with Pruitt in the early days and helped him start his music show.

In the beginning they auditioned about 300 acts and picked talent.

There were quite a few acts from 1980 to around 2006, such as Tracy Byrd before he became a household name.

Childress said Byrd had cut a “little record” locally early in his career and someone told him he needed to audition for the Charlie Pruitt County Music Show. Byrd later went on to have top Billboard songs and albums with gold and double platinum certifications.

“He auditioned him when he was about 17 and put him on the show. It was apparent right off the bat that he was something special,” Childress said.

Childress recalled the magic the created the show.

“The timing was right and it kind of took off,” he said. “At the first show there were about 150 in the audience. By the second, 300, by the third, 600, and by the fourth or fifth, the theater was sold out. It was quite the deal. Pretty much our own version of the Grand Ole Opry.”

He believes Pruitt made a major impact on budding musicians but doesn’t feel he has been recognized for what he did for the careers of the up-and-coming musicians who passed through the show. 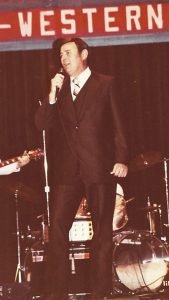 Smallwood described her father as a kind-hearted Christian man who loved his family and grandchildren greatly and was about helping local talent find their potential.

She said he wanted a venue where people could bring their families and be assured it was family friendly entertainment.

Pruitt’s showmanship was evident, and his family believes he was made for this type of entertainment.

“It takes a lot to be able to get up on stage with such ease, composure and introduce the talent and tell jokes,” she said. “That’s one of the things my children and I used to marvel at, because we recognized it would be very hard for us to get up in front of five or 10 people and talk and he was at ease.”

The family now has a lifetime of memories to reflect on including time spent on a family trip in September to Washington D.C., where he got to visit the Korean War Memorial, Lincoln Monument, World War II Monument and had a personal tour of the Capitol. One of his many highlights, she said, was being able to visit the grave of Audie Murphy at Arlington National Cemetery.

Smallwood said it is difficult to express in words the grief the family is going through but they take great consolation in knowing he is in Heaven with his Lord Jesus Christ. 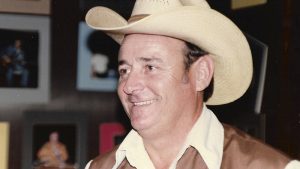 The Rev. Jason Burden of First Baptist Church of Nederland never met Pruitt but from what he’s learned from speaking to others he believes Pruitt was an extraordinary man.

“He served his church until he moved away from the area,” Burden said. “We know by all the members whose lives he touched that his impact was so much larger than membership of the church. I personally wish I had known him. I came here after he left but I feel a connection with him from all of the kind words and sentiment.”

Burden said Pruitt asked for a simple memorial service, he had songs selected; old favorite hymns of faith and the church will lend their voices and music as well. Pruitt also pre-requested the 23rd Psalm be read.

“We will have time celebrating who he was and the impact he made,” Burden said. “And because he was a man of faith, we will talk of his faith in God and how God used him to make a difference.”

Pruitt’s idea to have a family friendly venue is well known and fits with his personality and beliefs.

“He was a man of principles and values and lived it and that is so rare in this world,” Burden said. “He was more driven by his Christ-centered principle than by an economic motive or anything else. I hope we can all learn some lessons from Charlie’s life in that regard.”

A handful of volunteers across Jefferson County spent most of their Friday morning and afternoon fulfilling wishes. Volunteers from Salvation... read more