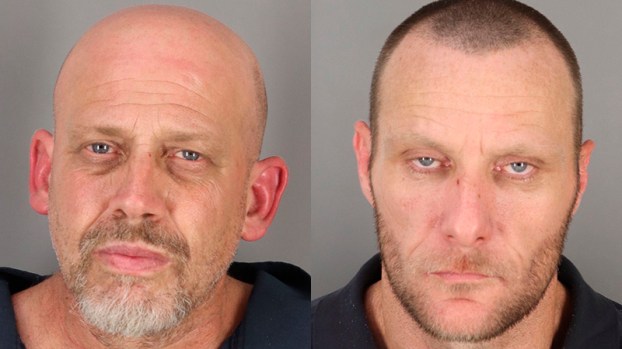 Heavy-duty trucks targeted: More than 22 stolen in less than 10 weeks

There have been more than 22 thefts of heavy-duty trucks in Jefferson and Hardin counties in just more than two months.

Det. Jared Dupree with the Southeast Texas Auto Theft Task Force and regional director of the Texas Association of Vehicle Theft Investigators said the number could be higher because it doesn’t take into account the cases seen by smaller departments such as Groves, Port Neches or Lumberton.

The number does take into account cases from Oct. 1 for Jefferson and Hardin counties, Beaumont and also includes a recent case in Nederland.

Nederland Assistant Police Chief Andy Arnold said early Monday morning Sgt. Brad Lemoine saw a vehicle on Canal Avenue with a defective brake light, stopped the driver on U.S. Highway 69 and ran the license plate for investigative purposes. That’s when he noticed the plate returned to a newer model truck, while the truck he had stopped was an older model Ford F-250.

Further investigation showed the truck was stolen out of La Porte. Police arrested Kevin Pehm, 38, of Beaumont for unauthorized use of a motor vehicle. Bond was set at $7,500 and he has since bonded out of jail.

A passenger in the truck, identified as Max White, 52, of Groves, was arrested on unrelated warrants.

Speaking in general, Dupree said there is no affirmative link to say all of the mentioned cases are tied together.

“What I can say is the roughly 22, if not more, are either tied to drugs, human trafficking, [stealing for] parts and for other crimes,” Dupree said. “They [thieves] use them as ‘ram vehicles’ to strike stores and do burglaries using the stolen vehicle and leave it behind.”

The common factors are either the keys have been left with the vehicle or they are older model, heavy-duty trucks that have doors and ignition tampered with.

Most of the stolen trucks are Ford F-250s but heavy-duty Dodge and Chevrolet trucks are also stolen.

“It is a concern,” Dupree said. “We wouldn’t come out and call it a problem, but it is a concern that so many of these vehicles are being stolen in our area and located in either Houston or down in South Texas way.”

There have been at least five outside recoveries of stolen vehicles such as the Nederland case, where the vehicle was stolen from LaPorte.

Dupree said most of the time the stolen trucks are used to get from Point A to Point B by criminals. That’s when the truck is abandoned and a different one stolen.

Law enforcement asked if your truck has a GPS to make sure it’s up to date, don’t leave your keys in the truck and if you have an older model truck, make sure to use an anti-theft device such as a steering wheel lock.

He also advised if buying a vehicle, make sure to do it in person, not through the Internet, and watch the seller sign the title.

This, he said, has become a big problem where a truck is stolen and someone gets their hands on it and falsifies the registration and papers then sells it.

If you have questions about whether the vehicle is stolen or not you can call the Southeast Texas Auto Theft Taskforce at 409-842-6341 or the local police Department.