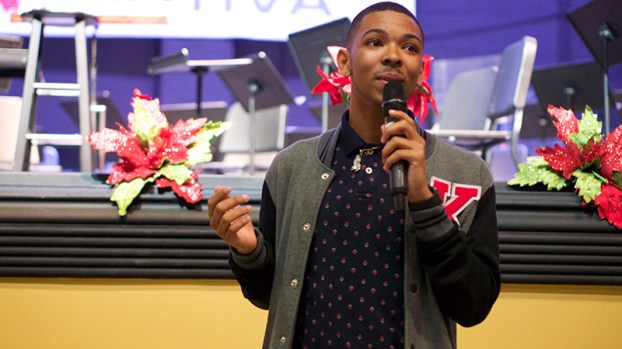 Port Arthuran Taylor Getwood, 17, is a student council president, a member of the principal advisory committee, Men of Wilson organization, Spanish club member, activity board participant and vice president of the theatre arts club — to name a few.

Getwood transitioned to Wilson Early College High School from Memorial High School his sophomore year and immediately set out to make an impact, starting with a simple task.

“When I first came over to view the campus, my classmates said, “Hey Taylor, you think you can get us a microwave?” he said. “So I came and talked to [Wilson principal] Dr. [Gloria] Dodson, we agreed and we got the microwave for the cafeteria. That was the first unofficial leadership thing I did, but what really encouraged me to do it was my classmates. It all [grew] from there.”

Outside of school, Getwood stays just as busy. He is vice president of the Port Arthur Chapter of Kappa League, youth choir and section leader at his church, New Hope Missionary Baptist Church, member of the Men of Integrity Organization, co-founder of MLK Youth Leadership Program and a part of the mayor’s advisory committee.

“I like joining these organizations because it helps me become an outstanding leader,” he said. “It teaches me not just one leadership quality, but several different ones from every side. I want to better myself as a leader.”

The Port Arthur native is also a singer, dancer and actor. 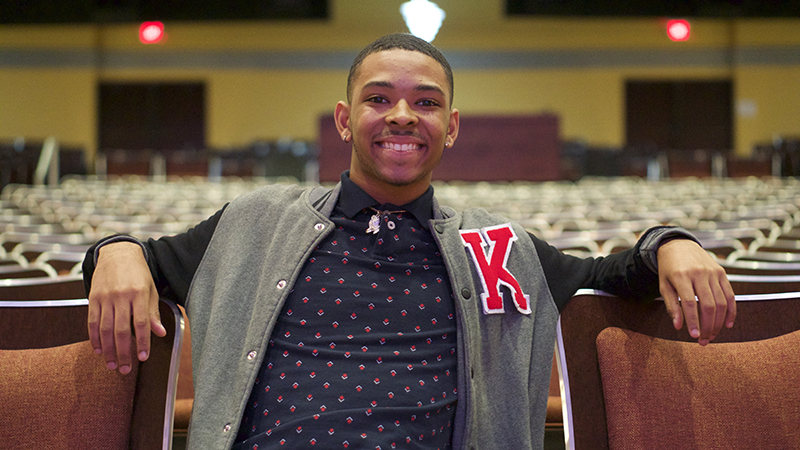 “I’ve always stood out since a child,” Getwood said. “I was always the one you would see singing or dancing in the corner while everyone else was playing football.”

Getwood said he has been singing and acting since he was in first grade when he joined his church’s youth choir.

“My grandpa caught me singing a Christmas song one day in the car and he goes ‘Wow.’ Do it again,’” he said. “So I did and the next Sunday he put me in the choir at church.”

In third grade, after a short bout in athletics, Getwood decided to fully commit to his education and theatre arts talent.

Since then, he has been one of the first in the district to make it to nationals in the Texas Thespian Festival, has sung on the Apollo Stage in New York City and entertained at several congressional banquets, events and competitions.

Getwood’s dream is to be an international superstar by performing in movies, becoming a professional singer and winning awards across all genres.

At the moment, however, Getwood said he is applying to college for mass communications.

“I’m just trying to be the best that I can be while I’m here in Port Arthur,” he said. “My ultimate goal is to come back here in the future and start my own performing arts school. I want to bring something here that all students, like me, can be a part of.”

Getwood said he wants to thank the most influential people in his life — his grandpa Lawrence Getwood, step-grandma Connie Getwood, grandma Sheril Garzan and great grandma Jerne Marshall, who have all played roles in shaping him into a leader with a vision.

“It’s very rare to have a student who wasn’t raised by their parents,” he said. “It was difficult to see everyone have their mom and dad around, especially in elementary, but I commend them for being around for all of it. It had a great affect on me, it made me into the person I am now and molding me into the man I am becoming.”

Getwood said as he moves forward he reminds himself of three things — putting God first, remaining humble and the importance of being himself.

Witnesses who saw a man steal a cell phone from a woman’s purse and assault a second woman trying to... read more