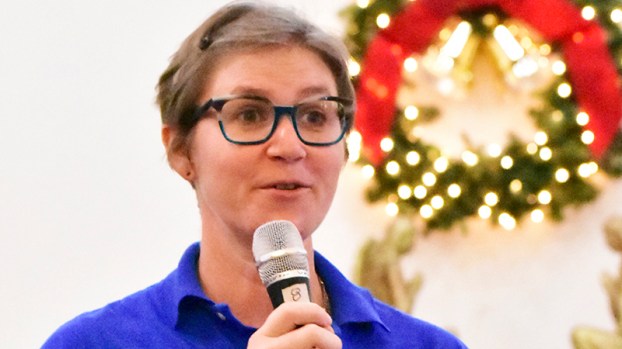 Port Arthur citizens expressed concerns about the effects the Nov. 27 TPC Group Port Neches Operations explosions had on them as well as the information — or lack thereof — the company has disseminated during a town hall meeting Saturday at Empowerment Church on Memorial Boulevard.

Amy Dinn, managing attorney of environmental justice team Lone Star Legal Aid, gave a presentation for much of the two-hour town hall. She said LSLA has not decided yet whether to join multiple law firms that have sued TPC.

LSLA, she said, is focused on the enforcement of strict penalties against the company for any air quality violations in considering legal action.

The Texas Commission on Environmental Quality and the Environmental Protection Agency have fined TPC on numerous occasions for violations dating back to 2008.

The purpose of Saturday’s town hall was to offer information to the public regarding the explosions. No public officials were present at the meeting, which was hosted by Port Arthur Community Action Network, or PA-CAN.

“We will be working with groups like Port Arthur Community Action Network to see what next steps can be done to help either with the recovery process or long-term objectives for the community as far as making it safer,” Dinn said. “As far as that plan specifically, we’ll be following the enforcement action that’s taken by TCEQ and make sure that it fully assesses the penalty it can through its regulatory authority.”

A hearing request concerning TPC will be held Dec. 18 at the TCEQ office in Austin.

“It’s difficult to determine what the penalty would be since it’s an ongoing investigation,” she said. “I would think that at some point that would be fully reported by the company to the TCEQ and then it can be analyzed what can fully be done to remedy the situation. Part of it will depend what actions the company is taking. We won’t know that until TCEQ does a full investigation. That could be several months or a year down the road.”

The U.S. Chemical Safety and Hazard Investigation Board (CSB) has opened a probe into the explosions. TCEQ, along with the EPA and toxicology firm CTEH, have conducted air and water quality tests across Port Arthur, Port Neches, Nederland and Groves. 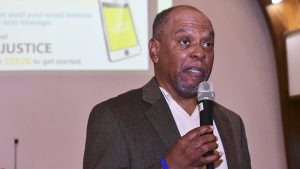 PortNechesResponse.com, the Unified Command website that includes information from TPC, Jefferson County Office of Emergency Management, TCEQ and the EPA, said in a Saturday release experts collected 3,531 air monitoring readings in the community, all of which were measured below action levels for irritation reactions. Angie Perez, a toxicologist with CTEH, said 670 ppm of butadiene, a known carcinogen that can cause cancer, would constitute an emergency level. Dinn said the action level for exposure to butadiene is 0.5 ppm.

“As a reminder, short-term exposure to concentrations less than 10 ppm for one hour or less is not expected to produce health effects other than mild, reversible irritation,” PortNechesResponse.com said in its release.

“That is an extremely elevated exposure level for butadiene in the community,” Dinn said. “That day, that wind was blowing south to southeast of the facility.”

The elevated levels resulted in a shelter-in-place and voluntary evacuation decree from Jefferson County Judge Jeff Branick and the city of Port Neches.

The EPA sent water samples to laboratories Test America and ALS, which will then ship samples to be analyzed for PFAS compounds at its laboratory in Michigan.

Unified Command reported small but expected residual fires at the TPC site Friday, but added those fires have been contained.

Dinn reminded citizens to call a Community Assistance Helpline that TPC has established for claims related to the explosions: 866-601-5880. Unified Command said approximately 200 claims representatives remain in the area and are in the field from 8 a.m. to one hour before sundown daily.

Dinn and Beard warned residents against signing any waiver that would prevent them from taking future legal action against TPC and consult an attorney, if necessary, to assess damages. Saturday was the last day of American Red Cross Recovery Center operations at First Baptist Church of Nederland.

Stephanie Thomas, an area researcher and community organizer with Public Citizen, is organizing a group of interested citizens to speak at the meeting.

PA-CAN chairman John Beard declined comment on whether his organization is looking to sue TPC.

PA-CAN on May 22 filed a notice of intent to sue Valero Energy Corp. and Premcor Refining Group for unauthorized violations of the Clean Air Act, charging Valero with releasing 1.8 million pounds of pollution since May 2014.

Texas Attorney General Ken Paxton sued Valero on July 19 on behalf of the Texas Commission on Environmental Quality, but Beard said PA-CAN has not heard anything on the suit since.

“Right now, because we are surrounded by refineries, and they do their business, we are exposed to these things,” Beard said. “… This meeting is not about trying to shut down industry or kill industry. We know how the bread is buttered. We know how people make their living. We know what sustains this area. We don’t want you to go out of business. We want you to do better business and protect our business the same way you would protect the lives of your employees. We deserve it, and they deserve it too.”

Two full-time workers and a contractor with TPC were injured in the initial explosion, treated and released from local and Houston hospitals.

Classes were canceled Thursday and Friday due to the elevated levels of butadiene as a result of a leaking pressure relief valve.

Grigsby at Spur 136 had been closed for repair since Nov. 27.

“To prevent a disruption in traffic flow, workers are digging a trench that will house an encased hose for fire water supply,” Unified Command said. “This work is expected to be completed this weekend, and the road cleared for traffic prior to Monday.”

A suspect has been apprehended, police saying the man robbed one person and assaulted another person Saturday afternoon in Port... read more