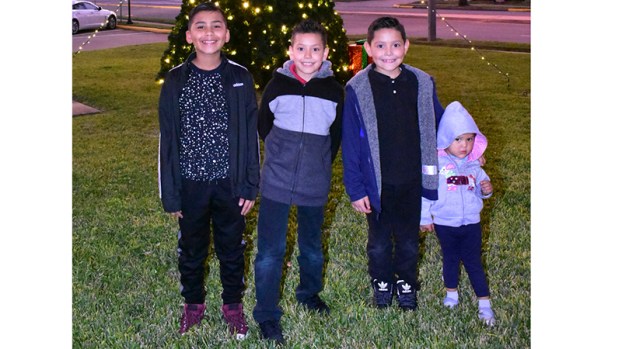 Port Arthur youngsters Giovani Munguia, 9; Yozman Trejo, 9; Christopher Trejo, 8; and Emily Trejo, 2, take in the sights of the city Christmas tree that was lit during a ceremony Tuesday evening at city hall. The ceremony included selections from Memorial High School’s Titan Choir and an offering of beignets.