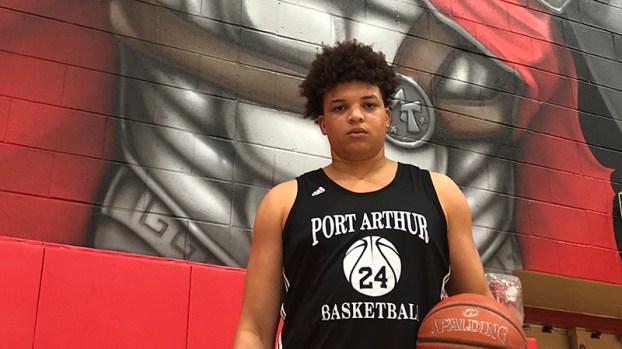 Kenneth Lofton Jr. can usually be counted on to add points to the scoreboard for the Memorial Titans.

Lofton’s reliability is one of his most valuable qualities, according to head coach Alden Lewis.

“Junior, he’s a gamer,” Lewis said. “Most of the time, about 98 percent of the time, he’s ready to play. He comes prepared to play, especially when the clock’s started and the ball is tipped. That brings a lot of value to the team and himself. You know he’s going to be ready to play.”

Impressive numbers and a heartfelt love of basketball make Lofton The Port Arthur News Boys Player of the Week.

His love of basketball has been cultivated over his lifetime.

“I started when I was 3 years old and I’ve been playing ever since, throughout middle school and high school,” Lofton said. “I played my freshman and sophomore years JV and played two years on varsity.”

Lewis has been a coach to Lofton for much of this time.

Over that time he’s seen Lofton grow stronger and smarter. He’s gone from a guard to a forward.

“He improves year by year,” Lewis said. “His game has gotten better and better. I tell people a while back he was a guard so he always understood the game, he always had a pretty good IQ, and when he got taller and a little bit bigger, he was able to take it down low and excel inside the paint. So he’s just improved every year, and now he’s flourishing in his role.”

During his last year playing basketball for Memorial, Lofton sets the example and pace for his younger teammates, who look to him for guidance.

“Playing as a senior this year, I feel like I have to be the leader on the court at all times and lead my team to victory,” Lofton said.

Lofton committed to Louisiana Tech and signed his letter of intent Nov. 17. He plans on studying sports communication, but his real ambition is the NBA.

“That’s his goal: Playing some type of basketball,” Lewis said.

The Titans will host West Orange-Stark tonight. Due to conflicts with football, the freshmen team won’t be playing. The junior varsity game has been rescheduled for 4:30 p.m. and the varsity game will be at 6 p.m.

WHERE ARE THEY NOW? — Matt Romar keeps faith, finds life after Oklahoma in hometown Port Arthur

Matt Romar’s dream was to play in the NFL. The youngest of six children to a single mother, he focused... read more